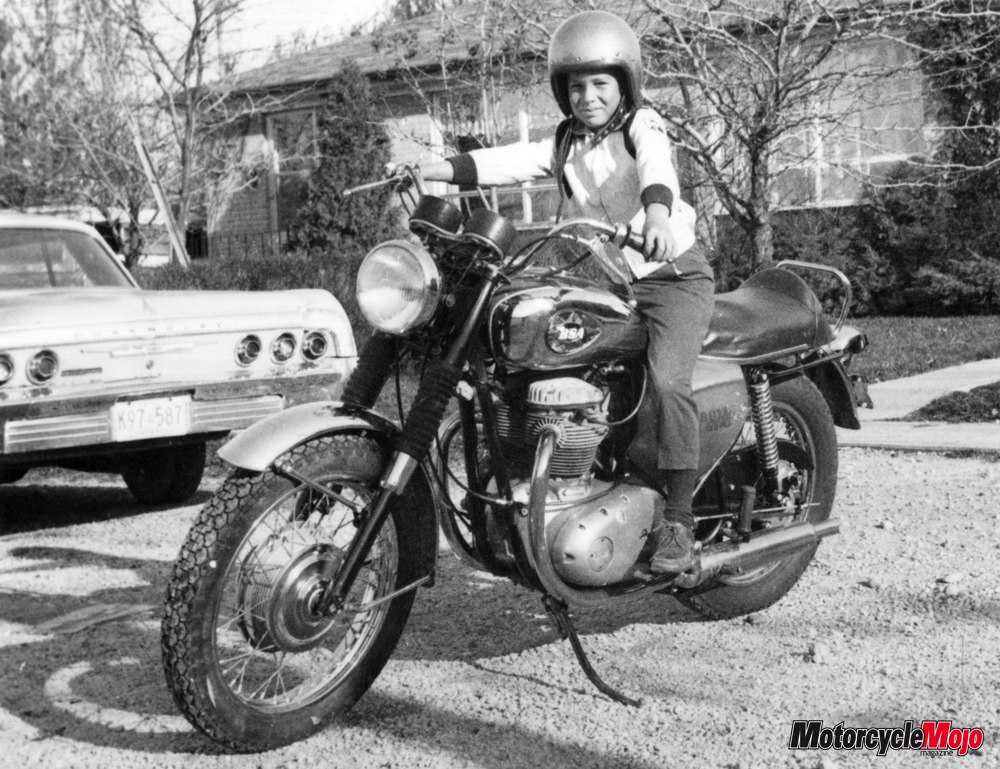 Most feel winter is a time to tinker around in the garage on your bike and share a few cold ones with friends. I regret sometimes that I don’t have time for either, however we do manage to share a few stories with friends while on the road as we travel to various cities for bike shows, so I guess I’ll have to settle for that.

This summer as well, is looking equally busy as I have a hard time saying no when it comes to attending motorcycle events across the country. The good thing about these events though is that they generally involve riding at some point on the trip. So whether I have to fly part way and locate a bike to take the rest of the way, that’s the way it has to be. I can’t be everywhere, but I certainly plan on making a good attempt. Riding is also the best way to get familiar with the local countryside no matter where you travel, a full blast of mother nature at her best.

I know it sounds like a copout to say I’ll have to be flying to some of these rallies and shows but when you consider I plan to be traveling to Newfoundland to attend the Northern Stars National Rally in Corner Brook, then need to be in Edmonton that same week…there’s just no other way to do it. The scenery and the people on the Rock are second to none so it should be a great time and I once again hope to travel some of the scenic roads they have to offer. While in Newfoundland I’m also looking forward to meeting up with a bunch of Northern Stars Riders I met in Moncton, NB a couple years ago at their National Rally.

Around mid-summer, I’m also hoping to accompany Stu Seaton on a portion of his journey across the country. If all works out according to plan, we will ride the Dempster Highway to Inuvik, Northwest Territories, and on the return portion we will be dipping a front wheel into the Pacific from Vancouver Island. That trip is still in the works and I may not know if that ride will come to fruition for a month or two yet, but I have all my fingers crossed.

We are also attending a brand new show in Calgary, called “The King of Customs”, which will be featuring none other than Jesse James and a West Coast Choppers display of some of his bikes. Also at The King of Customs show will some of the best custom bikes the west has to offer and hopefully a few bikes from the east will make their way to show Jesse that our Canadian Builders are top notch.

Also on the calendar is a handful of more local events for us, like the Bikers Reunion in New Liskeard in Northern Ontario. The town opens its arms for the family-oriented Bikers Reunion weekend that raises funds to battle cancer.

The Canadian Biker Build-Off in the town of Welland, in the Niagara area draws some of the best builders and their custom bikes from far and wide. The winner of this show receives an all-expense paid trip to the Rat’s Hole show during Bike Week in Daytona Beach.

The BAD Ride (which is on again) will be another great ride we don’t want to miss at the end of May. The BAD Ride had ceased operations briefly but they have since restructured and it is sure to be one of the most popular rides in Ontario again. The BAD Ride (Bikers Against Despair) has been the lifeline for the Toronto Distress Centres, the oldest crisis line in Canada.

The Ride For Sight on the shores of the Bay of Quinte, near Trenton, Ontario has to be one of the prettiest locations in Canada for a rally. The Ride for Sight happens in most provinces and is a very worthwhile event raising funds for the Foundation Fighting Blindness. So wherever you live, it might be one to put on your list of events to check out.

July 5th this year will be the 25th anniversary of Charlie’s Indian Day celebrations held in Campbellford, Ontario. Iron Chief Charlie or Indian Charlie, he had a couple aliases, was very well respected throughout North America as a man who knew everything there was to know about Indian Motorcycles. There should be some outstanding vintage machines on hand, although everyone and all types of bikes are welcome. See more about the man known as Iron Chief Charlie on page 38 of this issue.

Heading to the east coast again for two dates in Nova Scotia, one being The Dutch Mason Blues Festival and Motorcycle Lifestyle Show in Truro, Nova Scotia, and the other the Digby Wharf Rat Rally. Motorcycle Mojo is planning on being a major part of the Bike Show at the Blues Festival this year and while the entertainment isn’t all inked yet, I’ve heard from a very reliable source (the show promoter) that the music will include some of the best blues players in the world. So if you need to book holidays, this is going to be a festival and bike show not to be missed. We will also keep you updated through our website as announcements are being made about the show.

The Digby Wharf Rat Rally is only in its third year but the small town exploded to the tune of 10,000 bikes and the crowd was estimated at over 40,000 people last year. When it comes down to it, I don’t need much arm-twisting to go to the east coast where the scenery is great and the crabs are even better.

Somewhere in there I am also in the planning stage of another riding adventure to Alaska from the Edmonton area and back. This is a trip I truly hope works out since Alaska is one place I have always wanted to see. There’s a lot to fall into place for this trip, but once again, my fingers and a few toes are crossed. I hope that this works out quickly, as I’m running out of body parts to cross.

Also Selkirk, Manitoba is hosting the Canadian Championship of Bike Building this year, an event that has previously operated in Alberta for the past three years. This is an AMD affiliate custom show and the winning builder gets an all-expense paid trip, with his bike, to Sturgis to compete in the World Championships.

In late June I will be heading to Moncton, NB for the Atlanticade rally. Atlantic Canada’s Premier Motorcycle Festival features five days of scenic rides to various parts of New Brunswick, a street party in downtown Moncton, poker runs, a bike building championship featuring one of Canada’s best known builders, Bob McKay and much more. This festival requires a one-time entry fee to enjoy everything the five days has to offer. All proceeds from Atlanticade go to the Children’s Wish Foundation of Canada.

I’m not sure how I’m going to do all of this and still publish a magazine on time, but it’s worth trying. Hence, the plane thing. While I am going to try to attend most of the events listed here personally, I know there will be some that conflict with each other, especially the big trips to the extreme north west of the continent that are still in the planning stages. That being said, although we have committed to some great events there may be a couple that I personally will have to forego, but you can be guaranteed someone from our organization will be there.

At this time I would also like to introduce you to the newest member of our Mojo wreckin’ crew, Roger Parsons. Roger comes with a long history in the motorcycle industry and he’s been a rider on the street for 28 years. As you can see from the above photo he has been around bikes for a few years. Roger will also become a familiar face around the country this summer. Rumour has it that he has also got me booked into a few road trips…research of course.

Roger will be doing a lot around our Mojo office. We haven’t even told him yet about some of the stuff we have planned for him. Shhhh! He’ll find out soon enough.