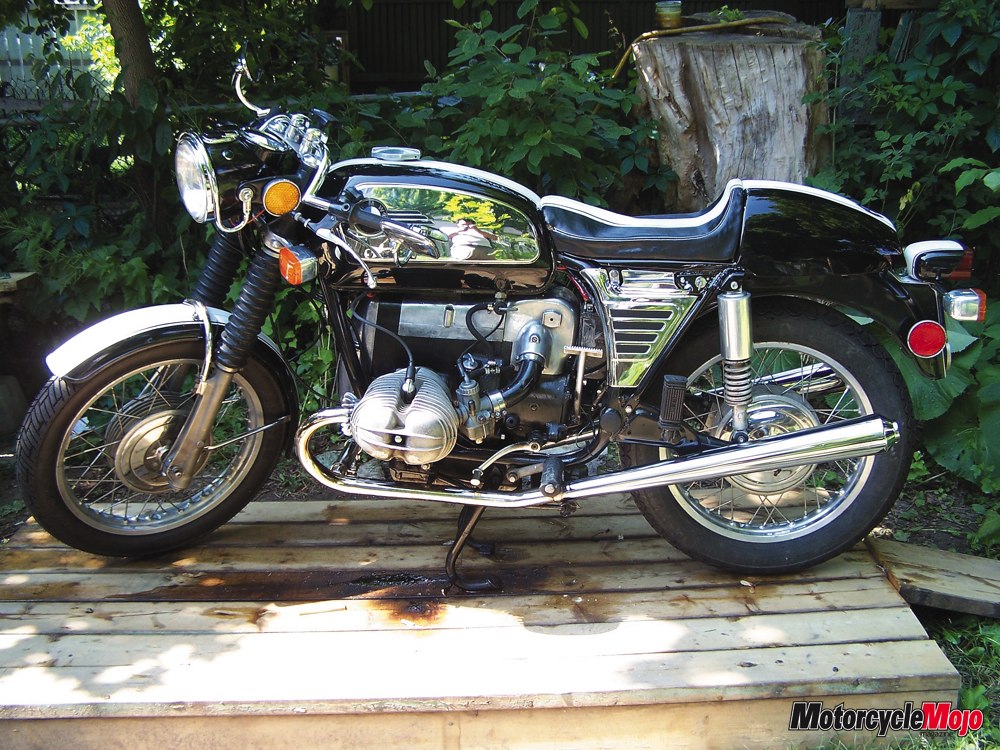 Reviving a beast that was left-for-dead 28 years ago, to have it roar underneath you, really is kind of a romantic notion that I’ve read about and have seen on television, but never thought I’d ever experience myself. There’s a kind of serenity that comes from this sort of thing.

Yes, I finally got my bike on the road during the past riding season. It’s been everything I expected and more. When I started this project, I knew that it wasn’t going to be easy. Having done my research, I also knew that old bikes are hard on your patience, body and wallet. Well, all of it is true. I kept asking myself if it was all worth it and to this day I’m happy I did it.

There are a lot of truths about motorcycle restoration that I’m just starting to understand now. The truth that, ‘once broken, it can never be perfect again,’ is something that rears its ugly head the most. As I get older, I’m beginning to understand that this notion doesn’t just happen when it comes to mechanical things, but just as much about life in general. Injuries that never heal; relationships that never mend; broken promises that have long and lingering effects. Not dissimilar to repairing an old motorcycle, things that are mended aren’t the same, but they are sometimes better, for different reasons.

Another truth that I’ve discovered is that you can replace parts but it doesn’t necessarily mean that the replacement part is any better. For instance, sometimes a replacement part may cause the whole bike to rattle. Sometimes a half broken bit should be left on the bike for the sake of the whole bike. Sometimes, leaving things as they are is improvement enough. I’m beginning to understand why some vintage bike owners never restore old bikes. But, then again, I’m not an old bike restorer; I’m now a Café builder.

For those who aren’t acquainted with motorcycle history, Café Racers really started in England. Before the dawning of the plastic fairing that helps the modern race bikes go faster and stick to the ground better, one of the only ways to get a bike going faster was to shed weight. Simple physics—less weight = more speed. In England during the 50’s, the kids, commonly known as ‘Rockers,’ took their motorcycles and started chopping bits off of their bikes so that they could go faster from café to café. Thus, the term Café Racer was born. Not unlike how the Americans began chopping large bits off of their bikes, and thus was born the term ‘chopper’ or ‘bobber.’ The large fenders of the early American motorcycles would be cut-off, or ‘bobbed,’ or removed altogether, to save weight and for the ultimate minimalist look. Regardless of the term, the desired end result is a lighter bike.

As you can see from my ‘before’ photos, my 1972 BMW R60/5 SWB (Short Wheel Base) Toaster was in pretty rough shape. My first priority was to simply get the bike running. From there, building the Café Racer meant creating or finding the appropriate solo seat and tail section, dropping the handlebars and adding rear-set foot controls. I not only had to add these items, but part of the fun was determining what parts weren’t needed and removing them, or at least reduce the size of the part, in order to lighten the bike as much as possible. The whole build took me 13 months and over 700 hours but arguably it’s still a work in progress. I’m changing the engine to an R75/5 with upgraded carbs, rear-sets and frame supports.

One of the objectives was to build this bike as inexpensively as possible so I scoured the internet and picked up parts from here and there. This was my first-ever build so I didn’t really know what to expect cost-wise. From my Project Manager training I do know that of the three factors in any project; cost, time and resources, at least one of them has to be flexible. I thought I’d play it safe and I doubled up on two of the factors-cost and time.

I believe the thing about Café building that attracted me the most was that I was not only reviving a forgotten beast, but I felt I was also turning it into something that was possibly better than it was when it was first built and making it unique in its own way. I find I’m doing that a lot in my life. Taking things that are broken and turning them into something distinctly unique and beautiful. But, like Café building, it usually comes at a large cost with roadblocks that can’t be foreseen in any way. It’s never perfect but the results are usually startling.

Riding my bike last fall, I experienced a long list of breakdowns: running out of gas, running out of electricity, the driveshaft falling off, gasoline dripping on both feet, and although I can’t consider it a breakdown, I lost the key. Each time I had to improvise. What works—works. Sometimes it’s only a temporary measure. Sometimes it’s refining what is already there. Sometimes it just meant I sat on my ass, stared at the sky and waited for the bike to mend itself.

In those times when I’m stuck on the side of the road working on my bike, I do think about everything in my life and during those times I have found a sense of peace. A sense that I am doing what I’m supposed to be doing—a sense that my life is where it’s supposed to be—a sense that around one of the corners I’ll ride next will be something that I can’t predict. I suppose it’s not knowing what’s around the bend that keeps me going.

It’s my own personal Zen. MMM

Editor’s Note: We will have more of these unique Café Racers and the people who build them in an upcoming issue of Motorcycle Mojo Magazine. Stay tuned.