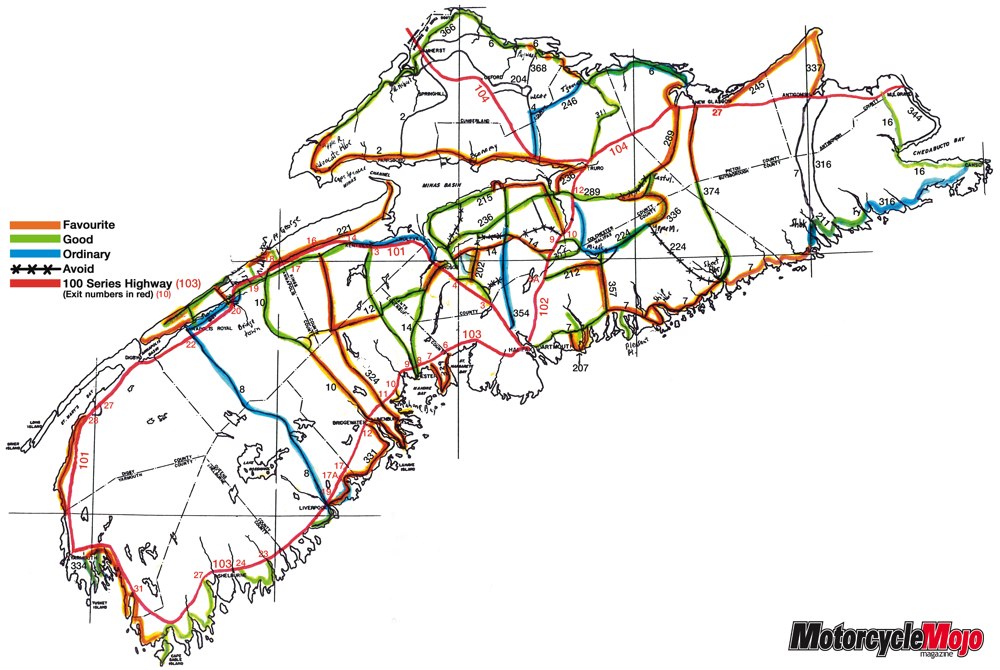 This map was carefully drawn out and hand delivered to our booth at the Toronto International Supershow in January by long time subscriber Dave Cox.

Dave’s map indicates some of his favourite, and not so favourite, riding routes that we might also enjoy while touring Nova Scotia. He has gone to a lot of work compiling this, he even included exit numbers off of the 100 series highways.

Thanks Dave for being so thoughtful and sharing your favourite Nova Scotia roads. I plan to escape to the east a few times this year and will certainly check out whichever ones I can. – Editor 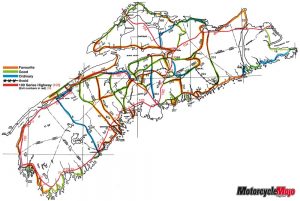