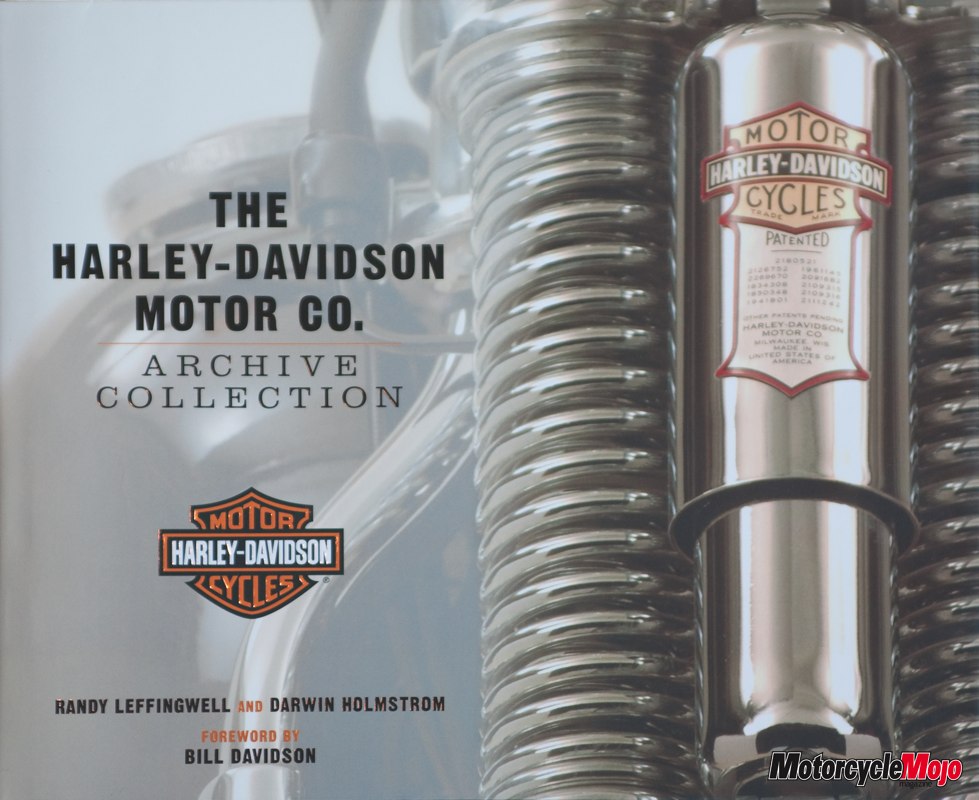 “A vehicle is original only one time, yet can be restored many times”. This single statement sums up the condition of many of the motorcycles in the Harley-Davidson Museum and is evident within the pages of the newest book from the Motor Company.

To say the Harley-Davidson management were, and still are, packrats, might be a little harsh, but the term applies. The four founding members and subsequent management have been socking away and archiving everything Harley-Davidson including service manuals, advertising material, apparel, collectables and all types of literature dating back to 1903.

Most importantly the founders began to store, directly from the assembly line, one of every model built, including prototypes, since 1915. In 1919 the founders put the word out to dealers and customers that they were looking for any bikes and historical items prior to 1915. Over the years the collection grew with regular consumer, military and police bikes, dragsters and race bikes, prototypes and factory customs to more than 450 bikes, early race footage, trophies, signs and memorabilia. It is the only collection of its kind in the world.

Many of these motorcycles, literature and memorabilia of historical importance is now on display in the new Harley-Davidson museum located near downtown Milwaukee, not far from the original main factory on Juneau Avenue.

This beautiful 408-page coffee table book shows a good representation of what is on display at the museum and is a perfect book for those who don’t get the opportunity to visit the museum, or those who wish to have a reference at their fingertips of the Harley-Davidson archives. While there is no way to include everything in a single book, it does try to give the reader an overview of most of the motorcycles from 1903 right up to the 2008 Rocker and the 2008 Buell 1125R.

The book also provides detailed descriptions of all the bikes within the pages. The photography is outstanding and many of the pages have close-up detailed shots of various components of the bikes. Also shown are some of Harley-Davidson’s advertising material from days gone past, products other than motorcycles that the Motor Company has built such as snowmobiles, bicycles, the Servi-car and golf carts.

In the Archive Collection is one of the least-known Harley-Davidson prototypes never to make it to market–the Nova Project. The Nova Project was a liquid-cooled V-4 touring bike. The engine was collaboration between Harley-Davidson and Porsche. This might explain why the engine looks similar to the VR1000 race bike and the modern V-Rod.

Learn about a couple of the most famous movie bikes ever built; Captain America and the Billy Bike made famous in the 1969 movie Easy Rider. Only two of each of these bikes were made for the movie. One of each of the bikes were destroyed in the movie’s final scene and the remaining pair disappeared and were never recovered. The above-mentioned bikes are true-to-life replicas. 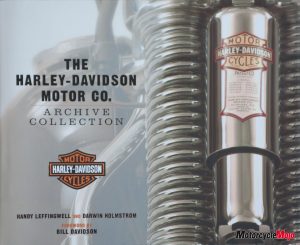