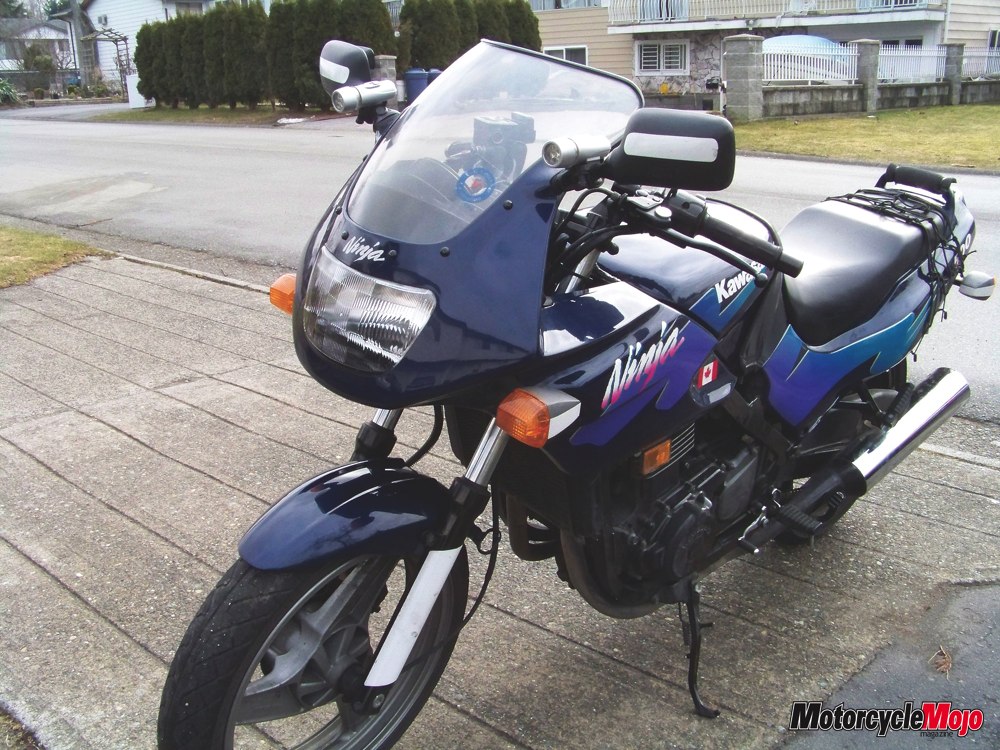 After falling victim to a nighttime motorcycle crash as a result of an oncoming left hand turning car, I began thinking about the possible reasons why drivers fail to ‘see’ a motorcycle that is in plain view right before their eyes. Clearly in some cases the driver genuinely does not see the motorbike, but all too often, as it was in my case, a motorbike with a functioning and illuminated headlight with absolutely nothing between it and the other driver ends up not being ‘seen’ and ends up in a collision. Are drivers really not seeing our motorbikes at night or what’s really going on here?

My opinion is that at night, the car driver in fact does see the single headlight of the oncoming motorcycle, but wrongly decides that what they’re seeing is a rather distant car. This causes them to assume that they have enough time to safely pull out and begin their left turn. Whammo! Even on a motorbike with multiple headlights or light bars, these lights are spaced very close together when compared with the more widely spaced headlights of a car. Drivers are simply misinterpreting what they are seeing.

Other than the obviously impossible solution of installing lights spaced out five or six feet apart like car headlights, I decided that the best way to avoid a repeat collision was to take measures to ensure that the nighttime front view of my bike bore no resemblance to a car whatsoever. I wanted to present the driver with such a startling and unfamiliar image that they respond with a figurative ‘double take’ when they see me. Now, after designing the cure and testing it for over a year of daily riding, quite regularly at night, my solution appears to have helped the left turner situation greatly. In the past, drivers at night would often begin their turn, suddenly realize their error, and quickly stop after moving out a couple of feet. Now even this occurrence is extremely rare.

My solution was to use reflective tape. Don’t laugh. When the car headlights shine on the front of my bike, the driver is presented with a very different image, one that distinguishes it from ‘just-another-car’. Believe me, no one could mistake what he or she sees through their windshield as being a car.

At first, I used a silvery white tape applied to the front facing mirror shells and the lower fork tubes, along with a couple of small areas along the sides of my bike. While extremely effective, the colour of the tape was also effective at ruining the look of my bike in daylight, making it look rather dorky. More recently however, I have found a tape that is black in the daylight, and therefore practically invisible on a black bike, yet reflects just as brightly as the original white tape at night. This is a brand of reflective safety tape called ‘SafeTape’, which is available in a variety of solid colours, patterns and lengths. I bought their 2” x 60” roll of black tape for $14.99 at Canadian Tire.

I installed additional insurance by adding reflective touches to the highest point on the bike; this being my helmet. In city driving we often find ourselves partially hidden behind cars that we’re following, and this becomes more of a problem in situations such as waiting behind slowed or stopped traffic, or those waiting to make left turns. At least the reflective tape on my helmet can be seen above the car in front of me.

This doesn’t mean you need to cover the entire helmet and ruin its looks. Just use a 1/4” stripe or less. I cut a 3/16” dark blue stripe and then applied it across the very top of my visor. It’s barely noticeable in daylight, yet reflects brightly at night. I also applied the same treatment to the sides and back of the helmet as the photos show. We don’t want to become lost in the visual clutter of other cars and lights so the aim is to make ourselves more easily spotted at night.

After logging many kilometres of daytime and nighttime riding over the course of more than a year, I feel confident that my visibility has been drastically improved. Just find a colour of reflective tape that blends best with the forward facing portions of your favourite ride, add some to your helmet and enjoy the greater safety that comes from being more visibly distinguishable from the cars all around you.

Like Bogart once said; “Here’s lookin’ at you kid.”

Seth Schilfer is an in-car and classroom driving instructor, and in past years a Sailplane and Hang-Glider instructor.