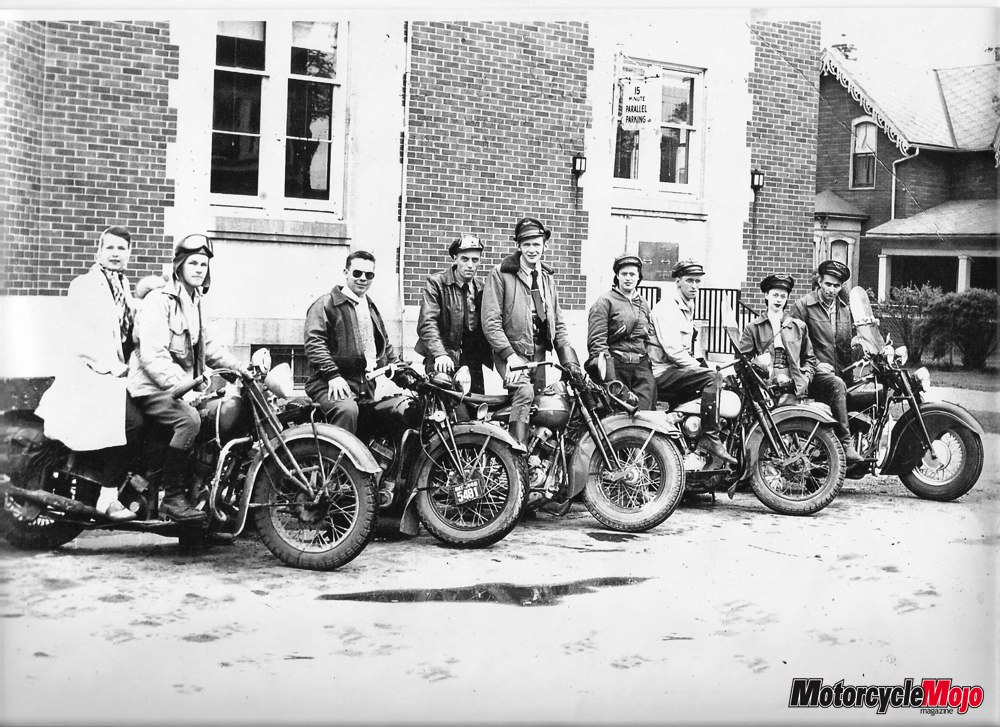 My dad, Tom Langrell Sr., rode his 1942 Harley-Davidson all over Southern Ontario to New York City and to Texas. All of these trips were accomplished between 1945-1947. When he left the home farm (Tillsonburg, Ontario) to go to Texas, with his buddy Harry Livingston on the back, his dad told him that if he ran out of money he wasn’t to bother calling home. His dad was a hardnosed farmer, and didn’t approve of motorcycles.

Well, guess what—when they arrived in Texas they were flat broke. They both sold their leather jackets, and put the bike on the train home to Tillsonburg. He then called home, and his mother sent him some money. I was told his dad was never aware of this. Legend has it that they lived off of jellybeans for most of the journey home. The bike arrived home totally stripped, but was rebuilt and was soon back on the road.

I guess that explains where my passion for riding motorcycles for the past 42-years has come from. Unfortunately, I never got to ride beside my dad as he had the misfortune of dying from cancer at the young age of 48. One thing I do know for sure, is that he’s with me on all my rides.

From left to right on the vintage group picture, fourth over is my dad (Tom Langrell). He is on the back of his buddy, Ed Monk’s bike. I still keep in touch with Ed. The group picture was taken in Paris, Ontario, but I’m not sure of the year. I have the names of each rider, except one.

The picture of my dad’s bike was taken in front of his mom and dad’s farmhouse. It was originally a black and white picture, and was later hand painted by Harry Livingston’s sister, Shirley.