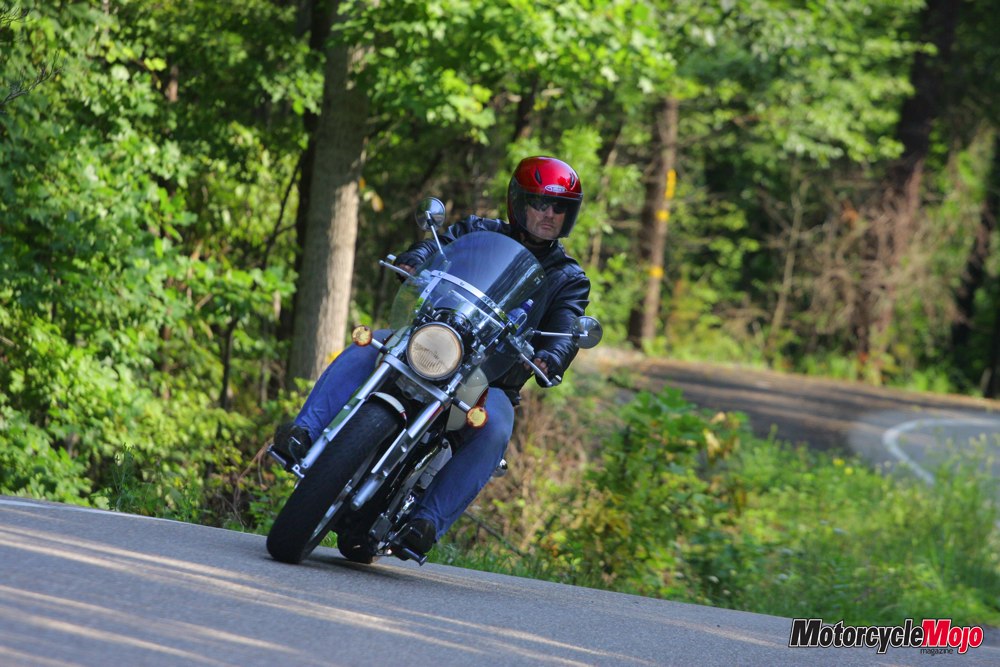 “If it doesn’t fit in your saddlebags, you don’t need it.” As a newer rider, I was taking in all the advice – listening to all the tales I could before heading out on only my second significant road trip. Travelling on two wheels is unique in many ways, of course (why else would we brave the wet and cold?), and one of the differences I have noticed is in our choice of routes and destinations. Having ridden from Vineland, Ontario, to the California coast the previous year, I now set my sights a little closer to home, while looking for every bit as much adventure. I had not been in the motorcycling world very long before I heard of Deals Gap, or more famously, The Tail of the Dragon. Three hundred and eighteen curves in the span of 11 miles, up and down through the Smoky Mountains of Tennessee. And with enticing monikers such as Brake or Bust Bend, Killboy Corner, and Beginner’s End, this beginner knew where he had to go. And so, if it fit in my bags, I took it and set off for the Blue Ridge Parkway. 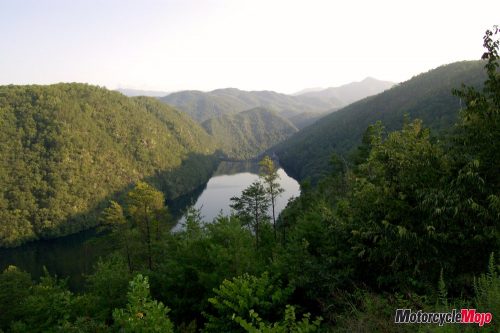 I made my way through five states, arriving at the head of the Skyline Drive in Front Royal, Virginia, before nightfall, which sounds impressive until you realize that I crossed Maryland and West Virginia at their narrowest points: two miles and 18 miles, respectively. Unlike my first trip, which I had planned meticulously, this time I did not book motels or campgrounds ahead of time. In fact, a riding friend once told me how, when he was younger, he used to just stop, roll up in his tarp and sleep somewhere just off the road, perhaps by a lakeshore or under some inviting trees (until, that is, he woke up one night with some animal on his chest, after which he always used a tent). It did add an element of adventure, so just a few miles along Skyline Drive, as dusk fell, I found a horse trail that led into the woods, pushed the bike out of sight and slept under a canopy of trees and stars. It was really quite romantic to think of all the historical figures who’d had spent their nights in just this way, from Abraham and the Patriarchs to explorers like David Thompson and Samuel de Champlain, to our boys on the Western Front. I was in good company and I slept well.

In the Dragon’s Den Grill for dinner, the first person I met was a young rider from Whitby, Ontario, who had unfortunately dropped his Suzuki GSX650F just that afternoon on a challenging corner. Luckily, he wore full body armour and only scraped his elbow. That shiny new bike was more than a little scraped, but he seemed undaunted. In the campground, I got to know Philip, an auto executive from Detroit who, like many, lost his job to downsizing and an unstable economy. Unlike many, however, he took the loss as an opportunity to pursue a dream. For the last three months, he had been riding an old Gold Wing that was battered and bruised and covered with stickers from all his travels.

When I met him, he was on his way back from the bottom of Copper Canyon, Mexico, where he met people forgotten by time. The road into the canyon is so steep and treacherous that civilization has almost completely passed them by. The most immediately notable feature at Deals Gap is the Tree of Shame, a reminder of what can happen if you do not ride within your limits. Those who wreck on The Dragon nail up pieces of their bike in admission of defeat . . . and shame. The next morning, I got a vivid reminder of that important lesson. As I set out for the day to tour the Cherohala Skyway Loop, I only got as far as milepost 3, at a corner called Gravity Cavity, when a rider on foot flagged me down to help with an accident. The downed rider, Matt, had been racing his new Ducati, cut it close on the corner, and lost control after his front wheel dropped off the side of the pavement. He cartwheeled over the handlebars and ended up lying on the yellow centre line, unconscious. 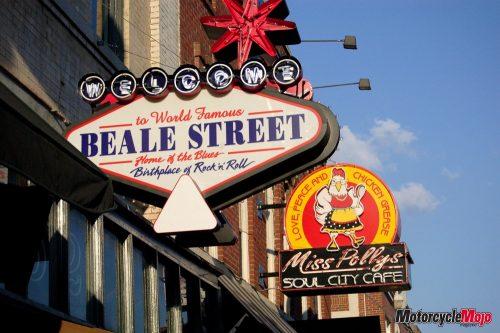 I parked and ran to the opposite side of the road to alert traffic coming around the blind corner from the other direction. In such a remote and mountainous location, neither of us could get cell phone reception to call 911. Fortunately, three riders who came along were nurses by profession and began attending to him, and someone ascended the ridge and was finally able to call an ambulance. Police arrived promptly, and when the ambulance arrived 45 minutes later, we all parted company and continued on our way. But as I travelled on, thoughts of Matt dampened my mood. At the Tallahassee Restaurant I heard a patron muse, “That will be the ninth fatality this year. Last year there were 29. It’s the deadliest road in America.” I began to worry a little for myself, but even more for my daughter, who wanted to buy her own bike. Should I discourage her? Perhaps even forbid her? But then I pushed back the fear.

You cannot live – or more correctly, fail to live – your life driven by fear. Life is risk. Whether it is on a motorcycle, in a marriage, in your job, or raising your children, loss is possible. Know this and then move on. Maybe you cannot control life, but you can certainly make friends with it. “To strive, to seek, to find, and not to yield.” Yeah, Tennyson had it right. With renewed appreciation for the gift of another day, I set out on a long ride to Little Rock, Arkansas, where I was looking forward to seeing Randy, a friend from my university days. En route, I stopped to do a little walking in Memphis and to get dinner and a T-shirt at B.B. King’s Company Store and Blues Club on Beale Street. If I had more time, I would have loved to tour the Gibson guitar factory. So over the Mississippi and across the flat, cotton-covered farmland of Arkansas I rode, arriving in Little Rock by 11:00 p.m., bending my own rule about riding after dark. Randy used to work for Bill Clinton while he was governor of the state, so naturally, we toured the Presidential Library and Museum, which locals say looks like a giant mobile home — this is Arkansas, after all. It contains everything from the presidential car to a recreation of the Oval Office as it was when Clinton was president, as well as many other presidential items. 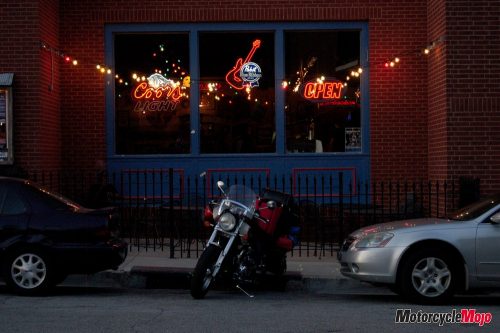 My final destination as I turned the bike towards home was Mammoth Caves, Kentucky, a natural wonder I had wanted to see since I was a kid. I rode the I-40 most of the afternoon and arrived at Mammoth Caves Campground as the sun was setting. Early the next morning, I joined a four-and-a-half hour, four-mile tour of a massive cave known as Grand Avenue, which turned out to be as fascinating as I had hoped. My homeward route the next day took me directly through Hodgenville, Kentucky, the birthplace of Abraham Lincoln. I stopped long enough to view a replica of the Lincoln family cabin and to ascend the steps of the memorial on which are chiselled Lincoln’s words, “With Malice Toward None, With Charity For All”. I then rode on, inspired not only by his words, but also by the beauty I had seen and the people I had met on my journey. I rode on, grateful for the adventure and the time of reflection, and even more grateful for the people who were waiting for me at home. To them I now rode, with souvenirs somehow stuffed in those saddlebags, content as another tale of the road had come to an end. At least for now. Doubtless there will be other Dragons yet to befriend.