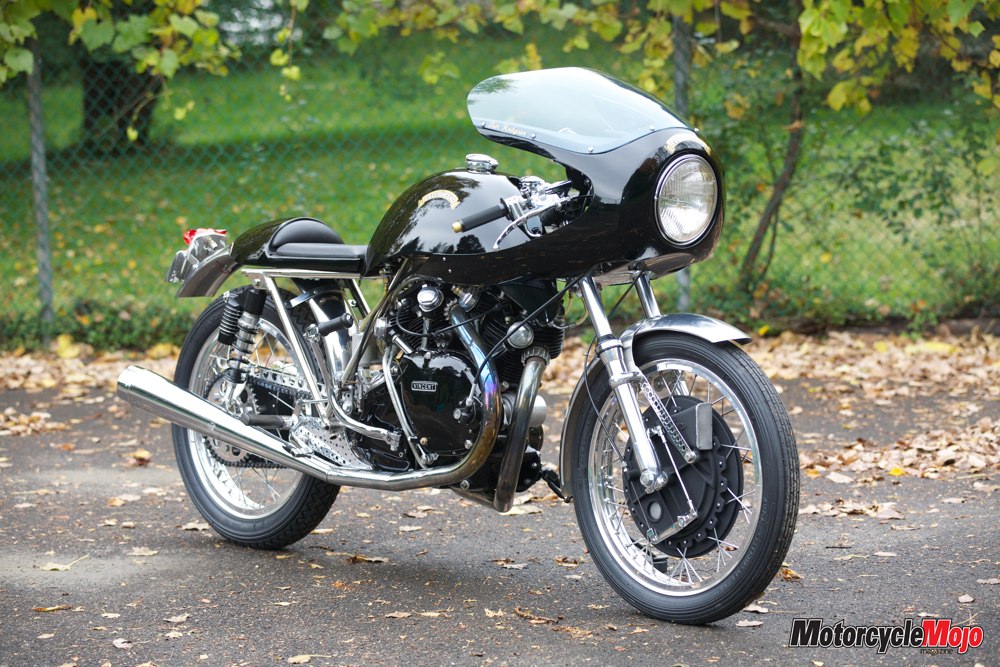 It is rare for a bike that has survived for 60 years to have been kept in its original, pristine condition. The more often a motorcycles changes hands, the more it gets modified, as each owner wants to personalize it. Sometimes the mods are drastic, sometimes they’re minute, but change comes over the bike, nonetheless. Over the years, even the most coveted marques – like the Vincent – can still fall under the cutting torch, be dismantled and parted out, or they may become a chopper, a racer or a hot rod. Such was the case with this bike.

The newest owner of this Vincent, Bar Hodgson, picked it up as a rolling chassis with a raft of other individual components – let’s just say it was bit better than a basket case.

Hodgson gladly took on the project, thinking it would be more of a restoration, but after he realized how much work was needed to rebuild many of the worn out and misaligned parts, he knew it would become a custom. The fact that Hodgson had an Egli frame would make it all worthwhile. Fritz Egli is legendary for his frames, the first of which he designed for the Vincent Black Shadow. He continued to make frames for many types of performance motorcycles; when he could no longer keep up with production demands, Egli recruited Roger Slater to help build the frames in England. 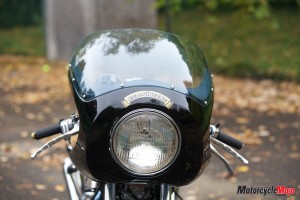 Vincent enthusiast David Dunfey was enlisted to create the tank and the tail section, based on Hodgson’s design. Since this iteration of the bike originated in the 1980s, Hodgson decided to keep the big, bold look of the era in the tank design, but he still wanted to keep the whole engine visible. And why not? The Vincent engine is big and bold and arguably, one of the finest-looking and most famous engines in motorcycle history. Hodgson then continued to drastically cut back the Rickman fairing, not only to lighten it and give it a more aggressive stance, but also to complement the blade effect of the fuel tank.

The world of Vincents is quite small, and in questioning his peers, Hodgson realized that this engine is not a stock mill. The Vincent held the title of the world’s fastest motorcycle for decades, but this engine is a step above. Hodgson found out that veteran Vincent engine builder Mike White was responsible for this. White, now in his 80s, having built over 100 Vincent engines, remembers that this particular engine was built to Lightning specs and includes Mark II cams and 9:1 compression, and it pumps out over 70 hp. According to Hodgson, that should be good for 150 mph. White is still active in the Vincent scene and is now working on a high-performance engine for another of Hodgson’s Vincent projects, which he hopes to unveil in the near future. 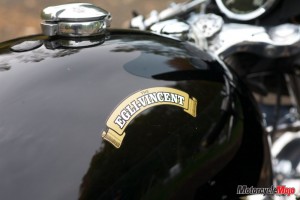 Café racers equipped with kick-starters have one inherent problem. The right rearset foot peg and shift lever (remember, old English bikes have the shifter on the right side) get in the way of the kick-starter. Hodgson’s Vincent solves the problem ingeniously. Simply pulling a pin on the transmission end of the shifter rod allows it to disconnect and swing out of the way, and also lets the foot peg flip up, leaving the kick-starter free and clear to do its job. Once the bike is running, you simply swing the components back into place, reinsert the pin and ride away.

There are far too many performance parts on the Black Panther to list, but that is to be expected after decades of modifications. While this Vincent has changed considerably since the day it left the factory, the desirability and build quality of the famous marque means it will probably be around for another 60 years. We’re just not sure what it will look like then…