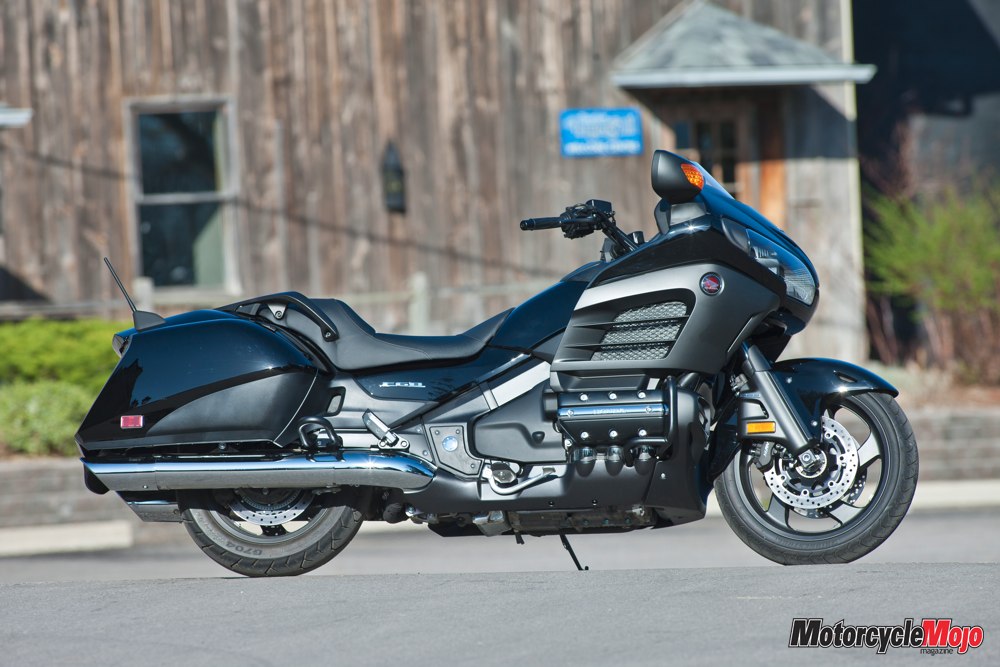 Honda offered us a few short rides on their new 2013 models once the snow stopped flying. It left me with a desire for more time in the saddle on all of the models. 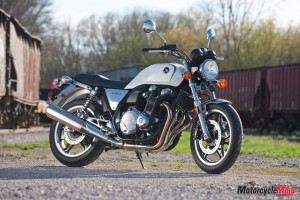 Late last fall, Honda Canada announced a new crop of motorcycles coming into Canada. If you attended any of the manufacturer’s motorcycle shows around the country, you may have actually sat on them, but I knew that merely sitting on one would whet my appetite for more interaction. It wasn’t until the weather turned palatable that Honda released them for a quick ride. Unfortunately, that’s all it was; a quick ride on each bike. I have a truncated report on my thoughts about each bike and hope to have more in-depth riding impressions for you as the season progresses.
A nostalgic return of the UJM: CB1100

Out of all the motorcycles that Honda announced they were bringing in to North America this year, this was the bike that had me the most excited. Honda is not a nostalgia-based company – they consistently move forward with the latest technology in all aspects of machine design – so the CB1100 is a bit of a departure for them.

The early CBs were a staple on our roads, and many of today’s mature riders owned, or knew someone who owned, a DOHC CB750, 900 or 1100 back in the early eighties. In my opinion, this is a true representation of what that bike would be in modern times. 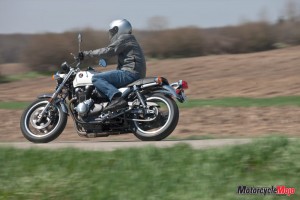 The air-cooled, four-cylinder engine isn’t a powerhouse by today’s standards, but that isn’t what this bike is about. While riding the CB1100 is a nostalgic trip – a pair of big, round analog gauges staring at you, comfortable upright seating position, long mirror stalks and round mirrors attached to traditional switchgear, chrome fenders – don’t be fooled into thinking that it is antiquated. Everything about the 2013 CB1100 is modern in its implementation.
The fuel-injected, 1140 cc engine is torquey and gets up to speed quickly and smoothly. The suspension handled road imperfections with aplomb; the pair of triple-piston calipers in front and Honda’s combined braking system with ABS brought the 248 kg (547 lb.) bike down from speed effortlessly.

The ride is comfortable and enjoyable whether you are out for a Saturday-afternoon jaunt on the back roads or travelling to a destination far away. One caveat: the fuel tank is relatively small at 14.6 litres, but stopping for fuel won’t be your biggest delay – all the people reminiscing with you at the pumps will take the real time.

There’s a new bagger in town: FB6
Wanting to get into the lucrative big-bagger market that has been sweeping North America, Honda engineers went back to their drawing boards to hack and slash parts from the Gold Wing to come up with the F6B.
Actually, on the surface, it looks like they lopped off the trunk and redesigned some bodywork to cover the missing rear section, cut the windshield down, and gave it a new seat. Their handiwork looks quite impressive, especially the job they did on the rear end, but more importantly their actions reduced the curb weight by a whopping 32 kg (70 lb.) from the Gold Wing’s heft.
Regardless of how you see this stripped-down touring bike, though, it is still big. Throwing a leg over the seat and sitting down brings the first realization of its girth. It has a slightly lower seat height of 725 mm (28.5 in.) than the mother ship it is derived from; the seat is wide, and it splays your legs apart as you reach for the ground.
Even with the weight reduction, the F6B isn’t a lightweight, tipping the scales at 385 kg (849 lb.), but the flat-six-cylinder sits low, and righting it from its side stand takes less effort than with some other bikes in this class.
The engine is silky smooth throughout the rev range and the shifting is barely perceptible, even clicking into first from neutral. That same level of refinement continues throughout every aspect of the F6B.
Once underway, the machine’s balance is exceptional, making parking-lot speeds and feet-up U-turns a non-issue. At speed, the F6B handled everything thrown at it with ease, and despite its size, it leans into corners with just a slight push on the bar ends. The suspension is plush, and the 1832 cc engine’s power is abundant.
Three triple-piston calipers squeezing a pair of 296 mm rotors up front and a rear 316 mm rotor make quick work of slowing the beast down. Of course, linked brakes and ABS are standard.
Overall, I really like everything about the bike, but if I can mention one fly in the F6B’s ointment, it’s the cut-down windscreen. It looks fantastic and suits the blacked-out treatment of the bike, but it throws a ton of wind in your face. It can make the quietest helmet sound like you’ve just stepped into a wind tunnel. And that pretty much takes care of any sound from the stereo. There is an optional tall windscreen available that should make long high-speed trips less fatiguing.
For those who are into luxury baggers and turning a few heads, the F6B is the real deal. The stripped-down touring rig category doesn’t get any plusher than this.

A step up to bigger and better things: CB500s

For many years, all of the major motorcycle manufacturers catered to the baby-boomer market with large-displacement motorcycles, and almost seemed to forget about the new or returning rider. Honda is good at filling gaps in a market and did so very efficiently with the very popular CBR125R, followed by the even more successful CBR250R.

Like the NC700, the 500s were designed as world bikes. What does this mean? The massive amounts of R&D to develop a brand-new model can be better amortized over a world market to keep costs down for the consumer.

The DOHC, 471 cc, liquid-cooled, parallel-twin engine is a pleasure to operate. The almost-square engine is designed for ease of use and features low- to mid-range torque. The redline occurs at 8500 rpm and it doesn’t mind being ridden there. It spins up fast, and the easy-shifting, six-speed transmission takes you to highway speeds in no time. In sixth gear at 100 km/h, the engine is spinning at a moderate 4750 rpm, which means that long stints on the highway won’t tax the rider or the engine.

The brakes are excellent – the exact same as the NC700 – although the CB500s are, on average, 22 kg lighter than the NC models.

The naked CB500F has a fly screen that deflects the bulk of the windblast from the chest, leaving your helmet in clean air, and a pair of lower cowls that protect the knees somewhat and add to the streetfighter look. Seating position is almost upright as your hands rest comfortably on the drag-style handlebar.
The CBR500R has considerably more bodywork and a taller windscreen that better protects the rider. Seating position pushes the rider a little more forward to reach the raised clip-ons, which are attached to the fork tubes as they peek above the top triple-clamp.

Other than a slightly higher handlebar on the F, I couldn’t discern a huge difference in riding position, but I preferred the F, and I think it may have been the angle of the bars that I liked.

Unfortunately, the CB500X isn’t available until mid-summer, so we haven’t had the chance to ride it yet.
The CB500 models offer a wide variety of motorcycle styles and are an ideal step up from smaller bikes; they are also non-intimidating for a new or returning rider.

Stay tuned – we hope to have more in-depth reports on all of the new offerings from Honda, including the new CTX700 models that will be released later this year.