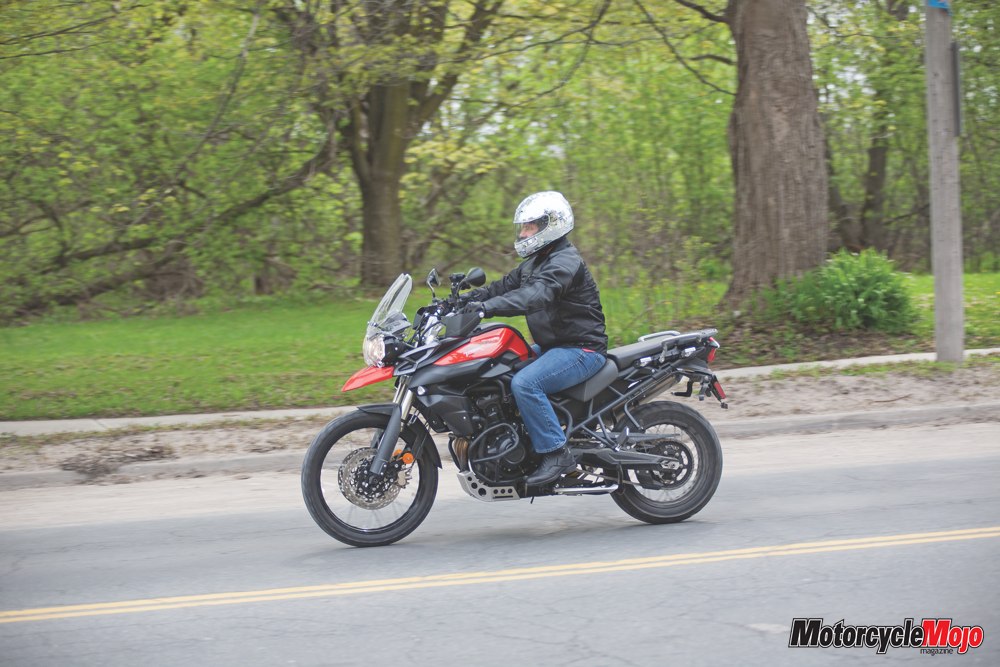 Dress to be seen and ride like you’re invisible

Glancing in the mirror, I turned on my left signal. I checked over my shoulder, changed lanes and pushed the turn-signal cancel button. That was the order of events as I recall it, just before I was hit by the car. 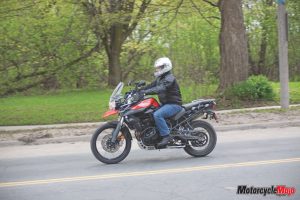 I had been riding to work on a beautiful morning in stop-and-go traffic when a motorist attempted to defy common logic by occupying the lane I was already in. Had the flow of traffic been going the posted speed limit, the merging vehicle would have flattened me. Instead, the pedestrian pace being set by the bumper-to-bumper traffic resulted in me clinging to his side mirror as we both came to a panicked stop. The disappointment I felt watching the car flee from the scene was only tempered by the sight of his horrified passenger – whom I had just been nose to nose with – bursting into an animated, arm-flailing, Muppet-like rage, which I assumed was directed toward the driver on my behalf.

Certainly it was not the worst of my motorcycle-related mishaps. The others had been caused by poor decision-making or stupidity, and in a few cases, by furry or feathered forest creatures on suicidal trajectories.

After, I wondered if there was something I could have done to avoid that situation. I had a hard time coming to grips with that event, as I believed that I had done everything correctly; I signaled, checked my blind spot and changed lanes cautiously. What else could I have done?
My breakthrough would come in the form of sarcasm, as I relayed this story to a friend. I quipped, “I should have strapped a disco ball and some strobe lights to my butt.” As that statement came out of my mouth, I realized that the driver hadn’t seen me. I was momentarily indistinguishable against the backdrop of monotonous motorists. What was wrong? I was not conspicuous.

Modern technology has provided a staggering array of options for motorcyclists who wish to be more obvious. Just leaf through the advertisements among these very pages and you will find a variety of companies eager to assist.

1. LIGHTING
If you’ve taken a trip to any of the bike shows across Canada this past winter, you will have seen displays showcasing bikes covered in lighting options and accessories that make us more visible out on the road. Lights that can be mounted to just about any part of your motorcycle are becoming a popular safety-conscious accessory. LED luggage box inserts, LED bars and flexible LED strips can make you conspicuous from any angle at any time of day. They are very bright and efficient, putting little strain on your bike’s charging system, and asking even less of your installation abilities. And this technology isn’t restricted to your bike. A recent innovation utilizes an LED belt with integrated battery pack that can be worn around your waist or slung across your shoulder. When you step off the bike, you remain super-hi-viz and may be mistaken for someone on their way to a comic-book convention.

Driving lights or light bars provide additional lighting that is spaced apart on either side of your existing headlight, or mounted low on each side of your fork to display a distinct triangle. The spacing assists oncoming traffic to identify your vehicle as a motorcycle. A single headlight can be mistaken for a vehicle far off in the distance, while multiple points of bright, white light coming from the front of your ride would be much harder to misinterpret. There is also the pulsing headlight. We’ve all seen them and they are annoying, but they work. The benefits of these setups are especially noticeable at intersections, where many different light sources converge at once. You do not want to be inconspicuous here. However, bear in mind that your motorcycle’s charging system does have a limit, so installing the high-intensity, off-road setup that normally sits atop the roll bar on your 4×4 may not be the best idea. Like anything, there is a tipping point. 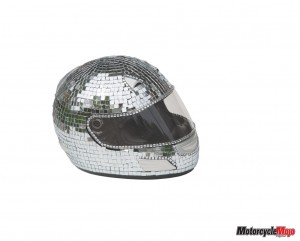 Current trends seem to dictate that most cars are painted dark shades or some iteration of silver. A little bit of colour certainly stands out, especially if it’s on your head. A helmet is often the only thing a motorist will see when in traffic. The abundance of pickups, minivans and SUVs doesn’t help matters, and even passenger cars are now sporting “hard to see over” high rooflines for better headroom. Your helmet should be of good quality, and the excuse for using out-of-date head protection based on cost is just that, an excuse. A brand-new and properly certified helmet can be had for under $200. In the spirit of this article, I would suggest neon yellow.

If you’re not in the market for a new helmet, give some thought to reflective materials from companies like 3M. Their reflective adhesives can be applied to almost any surface and won’t break the bank. You can even get creative and make your own designs.

3. CLOTHING
Brightly coloured jackets and pants are a wonderful idea, and many come with reflective panels and piping right from the manufacturer. The vast array of hi-viz clothing that fills motorcycle shops and catalogues is not only designed to help keep you safe in the event of a crash, but it also serves to help you avoid the accident in the first place by being seen.

Making sure that other motorists are aware of your presence on the road can’t be solely dependent on things you can buy. Your ability as a rider to manage high-risk areas such as blind spots and busy intersections, or to avoid aggressive or skittish drivers, is invaluable. Developing these skills means time in the saddle and a conscious effort to improve your skill set, but also to pick up on telltale signs.

I often watch the head of the driver in front of me for clues. Quick movements can mean they are in a hurry to change lanes or are looking for a street or address, which may cause them to brake abruptly. If someone repeatedly looks down, there’s a good chance they have something in their lap to preoccupy them. Car language is another good indicator. Distracted drivers often wander in their lane, and some drivers hug the side of the lane that is closest to the direction they intend to go next. Aggressive drivers and overly cautious drivers are pretty easy to pick out. I try to avoid both whenever possible.

Despite all best efforts and intentions, accidents will happen. But taking steps to improve your odds is easier than ever, especially with all of the gadgetry available. I had always preferred to fly under the radar as a motorcyclist – that is, until reality smacked into me and I had to face the fact that I needed to make more of an effort toward self-preservation by being conspicuous.