While others are scaling back 600 cc supersport production, Yamaha is ramping its up

There was a time not that long ago when 600 cc supersport motorcycles were the pinnacle of high performance. So popular was the category that the Big Four were redesigning their respective 600s every couple of years. And we’re not just talking plastering on new graphics – 600s were being completely made over from the ground up with new frames and new engines, and with each makeover they got lighter and more powerful. This frenetic pace in development was partially driven by the 600 Supersport class, which was at the time the most popular race class, with 600 cc machines filling race grids across North America. The cost of this rapid development must have been staggering, though worldwide sales made the expense worthwhile. 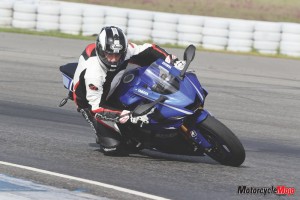 Then the economy tanked in 2008, sapping the disposable income of the largest segment of buyers of middleweight supersport bikes – twentysomething males. Sales took a nosedive almost overnight. Yamaha, for instance, sold about 110,000 R6s in the U.S. in the first nine years of production, and only another 40,000 units in the nine years since the market crash. Race grids subsequently dried up, and motorcycle manufacturers rolled back on 600-class development. To give you an idea of just how much they rolled back, while the R6 saw three major updates in the eight years following its introduction, it’s been 11 years since the third-generation model rolled off the factory floor in 2006.

Perhaps more telling, Honda no longer offers the CBR600RR in Europe, and Suzuki is rumoured to stop producing the GSX-R600 when the next-generation GSX-R750 is introduced; the two were usually developed simultaneously. Nonetheless, Yamaha felt it was time to refresh the YZF-R6 for 2017. Although this fourth-generation R6 looks very different from the previous model, it’s actually an evolution of the model it replaces.

Why Change a Good Thing? 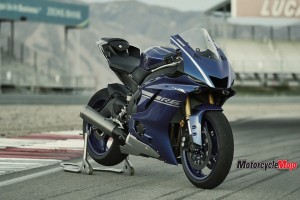 Aside from the reduced demand for 600 cc supersport machines, perhaps another reason that they haven’t been experiencing major overhauls every couple of years in the last decade is they had already evolved into very potent track bikes. From 2015 until this issue went to press, the R6 had recorded 56 wins out of 58 Moto America Supersport and Superstock races, as well as winning this year’s Daytona 200 – and that’s on a bike that hasn’t changed much since 2006, though to be fair, neither has the competition.

It’s for this reason, and perhaps because it’s more economically viable, that the 2017 YZF-R6 retains its major components, like the same 599 cc inline-four and aluminum deltabox frame as the previous model. The engine uses ride-by-wire throttle control (introduced in 2006, though it has been better exploited in the new bike), as well as twin injectors and electronically controlled intake stacks that help boost low-end torque. The R6 also retains the slipper clutch introduced in the previous-generation model. And that’s pretty much it – everything else is new. 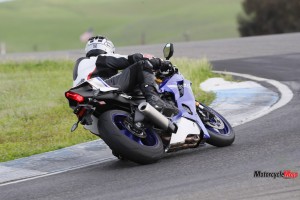 Styling is now modelled after the YZF-R1, which itself is modelled after Yamaha’s YZR-M1 MotoGP bike. The new bodywork is more efficient aerodynamically, with improved wind protection for the rider and reduced wind resistance. Tucked underneath the fairing’s nose are LED headlights, and in the new tailpiece is an LED taillight.

The fuel tank is now made from aluminum and is 1.2 kg lighter, and it’s reshaped at the rear for a more comfortable fit. The seat is also flatter and has less of a forward slant, so there’s less of a tendency to slide forward into the tank.

The big improvement within the powerplant comes with the addition of adjustable traction control and selectable ride modes. The traction control uses front- and rear-wheel sensors (though it is not lean sensing), and in addition to its six levels of intervention, it can be turned off; three ride modes (A, STD, B) provide progressively softer throttle mapping. For the first time since its introduction, the R6 gets ABS, though it’s not adjustable and can’t be turned off. The bike is prewired for an accessory Yamaha quick shifter ($290) that works only when shifting up.

KYB provides a new shock, as well as the new, larger-diameter 43 mm (was 41 mm) inverted fork that now has the preload, compression and rebound damping adjustments located conveniently at the top of the fork tubes. Because the larger fork tubes are more rigid than before, the lower triple-clamp has a thinned midsection that actually induces some flex into the front end to maintain a balanced feel. Front brake calipers and the radial master cylinder are lifted straight from the R1, and the discs are 10 mm larger, at 320 mm.

Serious racetrack types can also buy the Yamaha Telemetry Recording and Analysis Controller (Y-TRAC). This data logging system uses GPS and features
Wi-Fi connectivity to transfer lapping data to an Android- or iOS-based device. Pricing has not yet been released, but a similar system for the R1 retails for $1,657.

For our track sessions during the YZF-R6 press launch at Thunderhill Raceway in California, our hosts installed the accessory quick shifter, and they swapped out the stock Bridgestone S21 tires with stickier R10s. The forecast called for rain, so they also brought W01 rain tires, also provided by Bridgestone. We got a chance to ride in dry and wet conditions.

It’s been three years since I last rode a 600 cc supersport machine on a racetrack, and after numerous track launches on open-class bikes, I had forgotten what it was like to have to spin an engine to 16,000 rpm to maintain fast forward momentum. This requires a different kind of concentration than on a big bike – mainly trying to keep the engine in the strongest part of its power band, which on the R6 is above 12,000 rpm. You also have to stay busy at the shifter, which emphasizes the advantage of the quick shifter – just hold the throttle to its stop and lift your left toe. A quick shifter that also works on the downshift would be even more convenient, though that would require a different ECU, which would substantially raise the price of this accessory.

Our hosts had the foresight to provide a 2016 R6 for a direct comparison, and this is where the changes to the 2017 model became immediately evident. The engine felt very similar between the two bikes, though the lack of the shifting aid on the previous-generation model required you to shut the throttle on every upshift, which would probably be worth several tenths of a second in lap times. I also locked the rear brake on the first lap out on the 2016, having forgotten it lacked ABS. And that ABS worked flawlessly on the new bike, remaining completely invisible, even when hard on the brakes for Thunderhill’s tighter turns. Brake feel has also improved greatly on the new bike, with a more progressive lever feel providing more accurate feedback.

Probably the biggest difference was in the steering, which was more precise on the new bike. I noticed this the first time I pitched the previous model into Turn 5, which is like a miniature version of Laguna Seca’s Corkscrew, and had to correct my exit, having steered too tightly and missing the ideal trajectory. This was mostly due to the different feel of the two bikes, and it took a couple of laps to overcome. Whereas my head bobbled about behind the windscreen when tucked in on the faster straights on the previous model, the new bodywork provided smoother, turbulence-free airflow over my helmet.

Rain started falling hard after lunch, so I went out for one wet session on the rain tires. I initially set the ride mode in the softest position, B, but bumped it up to STD, as it proved too soft for the incredible grip of the W01 tires. Even the ABS remained mostly unnoticeable, triggering only once in the rear.

I’m not sure if the remaining Japanese bike makers will follow Yamaha and refresh their middleweight supersport machines any time soon. The fact remains that 600s have seen their heyday, and to compound their accessibility, they are no longer inexpensive. The Yamaha was the least expensive bike in the bunch last year, at $11,999 ($13,799 for the Honda, $13,399 for the Kawasaki and $12,299 for the Suzuki). However, the improvements made to the 2017 R6 have bumped its price to $13,999, now making it the most expensive in its class. With its comprehensive electronics package, though, it’s the most advanced, and for a rider looking for the ultimate track bike that is more manageable than an open-classer – and considerably less expensive – it’s probably the best choice out there.