Where custom, vintage and race bikes go to hang out 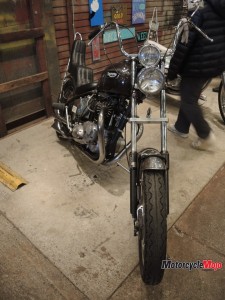 Jeff Kerevan is a busy man. Not only is he head mechanic at Rising Sun Motorcycles, a full-service and custom bike shop in East Vancouver, he is the owner and wrench behind Slick Cycle Works, operating from his home garage, where he builds some pretty slick customs, to be sure. But hey, what’s a gearhead to do in the off-hours of his two jobs? Ah, what the hell, let’s put on a bike show. How hard could that be?

Well, it’s hard. And time-consuming. But he did it. The end of April 2017 saw the first-ever Oil and Rust Motorcycle Show on Vancouver’s Eastside. Housed in the Ellis Building, a structure built in 1907 on Main Street, the vibe was decidedly vintage, including the pinball machines in the hospitality area (where I heard they were serving adult beverages). 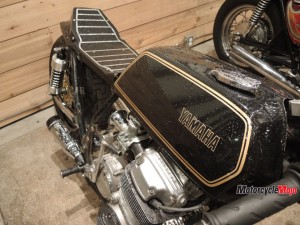 Lined up atop the ancient wooden floors, and lit by what appeared to be ancient lighting, were 43 hand-picked bikes of assorted vintages and styles, each on display by invitation. “I wanted to find top-calibre bikes that hadn’t been seen a thousand times,” Kerevan says. “I combed social media, thought about friends and customer bikes and found enough bikes with enough variety to put on a show. Seventy per cent of the bikes were plated. There’s no point building them if they’re not ridden.” And indeed, even during that rainy period in Vancouver (shocking, I know), they were ridden. As were many show-goers’ bikes. In fact, about the only bikes without plates were the flat-track race bikes.

The idea for the show had come about during conversations with Ezra Kish, the building’s leaseholder. Kerevan feels there aren’t enough of these types of shows in the Vancouver area anymore. “I wanted to do something like The One Show in Portland [Oregon]. You know, a little of everything, including photography and art.” So Kish took care of the hospitality end, while Kerevan took care of the art, bikes and space. 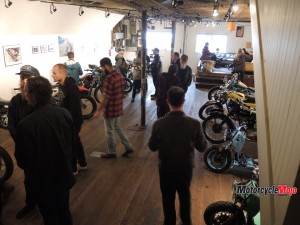 Needing some help, Kerevan reached out to enthusiast-owned businesses in the area, such as International Motorsports, the local Triumph, Aprilia and Moto Guzzi dealer; Bent Bike in Langley; and Rocket Fuel Supply Co. in Burnaby for sponsorship, which they all gladly provided. In turn, he provided free space for Bikers for Autism and Flat Track B.C., a collective of three clubs holding races across the province. And as a little extra incentive, he provided a custom 1977 Kawasaki KZ1000 as a raffle prize. “The show was absolutely a success,” Kerevan says. “Even the raffle bike got paid for!”

So, what’s the future for Oil and Rust? “I’d like to make it an annual thing. Maybe just grow it and add more variety. I just need more help!” Kerevan says, explaining that he was there for almost 24 hours setting up, then adds, “It was a lot of work, but I’m just glad that people could come out and have a good time.”…