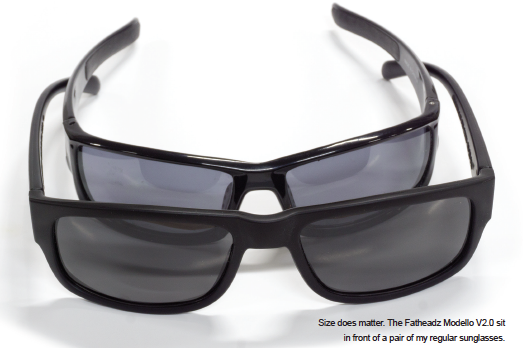 Those with slightly larger-than-normal sized heads often have to compromise comfort for fashion. Because of this, Fatheadz Eyewear was born out of necessity. Back in 2004, a fellow named Rico Elmore realized, after trying on hundreds of pairs of sunglasses, that standard-width sunglasses just didn’t properly fit men with wide heads and that there was a need for wider than normal sunglasses.

Many of the company’s premium sunglasses are made in the U.S.A., from the lightweight injection-moulded plastic frames to the polarized polycarbonate lenses that offer 100 per cent UV400 protection. The lenses are impact and scratch resistant, and have an anti-reflective coating on the back and a slight mirror finish on the front. Its website also says they have something called “hydrophobic” and “oleophobic” coatings to resist water, oil and fingerprints. That seems like a lot of technology in a pair of sunglasses, but the bottom line is that they work as designed.

I’ve been wearing the Modello V2.0 and have put quite a few riding kilometres on them with no ill effects. The nose bridge fits tightly, so no wind whistles through when riding, meaning no watering eyes. 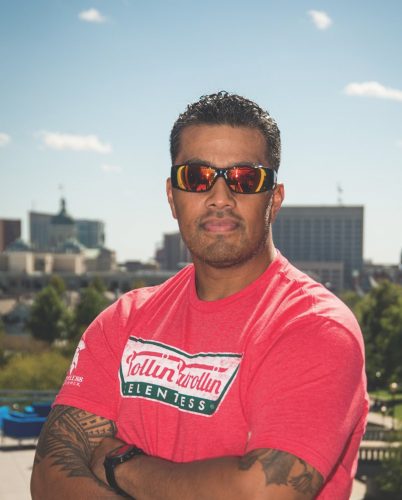 The Modello glasses measure 157 mm at the hinge screws, so they are wider than I would normally wear. I don’t have an extra-wide head, and therefore my helmets are large or sometimes medium-sized. Putting the glasses on through the eye port of a medium or large full-face helmet can be a challenge with some helmets, but not all. I expect that if you need Fatheadz glasses, you have an appropriately sized helmet that would accommodate the wider frames. But not everybody wears sunglasses with full-face lids, so in this respect, it’s a non-issue.

As general all-around polarized sunglasses, they work great. With all the above-mentioned built-in features, what more could you want in a pair of properly fitting sunglasses?

The Modello, like most of the company’s 25 models, are available in four frame colours and four lens colours, and many of the frames are also suitable for prescription lenses. And women, don’t feel left out, as there are women’s sunglasses available through Fatheadz as well.

Included with these premium sunglasses is a microfibre cleaning/ storage bag and a zippered case for safe storage.

Go to fatheadz.com for a full selection of styles. All prices are in U.S. dollars.