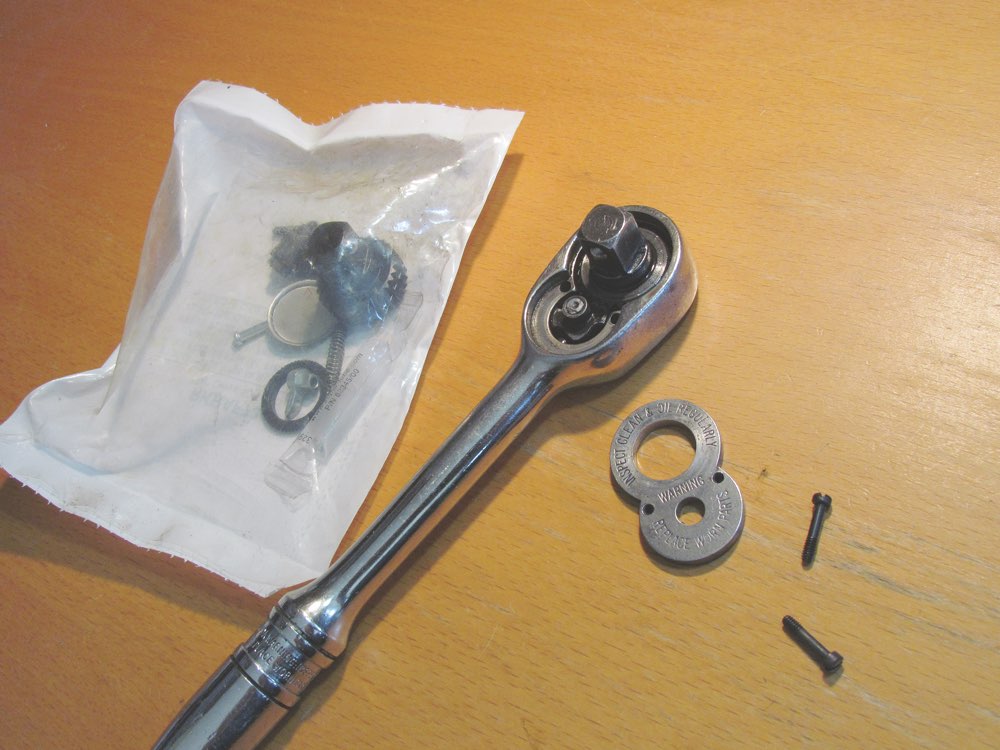 My career in the motorcycle industry began in 1982, when I apprenticed as a mechanic at a small Honda dealership in Montreal. Barely out of school, I didn’t own any tools, so I worked using a shop toolbox that contained wrenches and screwdrivers salvaged from motorcycle toolkits mixed in with a haphazard mishmash of other tools scrounged from various sources. That apprenticeship led to a paying full-time job there, and soon thereafter, I began buying my own tools, some of which I still have today. 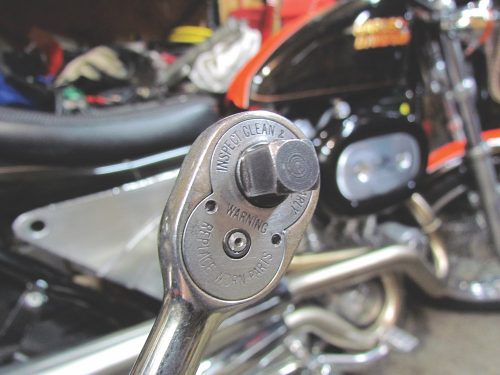 Of all the tools I own, though, the one that stands out is my beloved Snap-On ratchet. Snap-On tools were expensive back then, and still are, but to a fledgling mechanic, they came with a degree of pride of ownership. Snap-On makes professional-grade tools, which were once only available through mobile Snap-On dealers; you couldn’t buy them in stores (and still can’t), though you can now buy them online from the official company website.

This is inconvenient if you’re a home mechanic, but very convenient if you work in a shop serviced by a Snap-On truck. All of my Snap-On tools – and I have lots – came out the back of a truck. No, they were not illicitly obtained; they were purchased from a genuine tool-dealer-on-wheels.

Many Snap-On tools have a date code embossed on them, which is a stylized digit that is unique to the year the tool was manufactured. My 3/8-inch ratchet was manufactured in 1984. I bought it new the following year as part of a kit (I don’t remember what I had paid for it), and it has been a major component of my toolbox ever since. My F720 ratchet had been discontinued years ago, but you can find its modern equivalent, part number F80, on page 138 of the latest Snap-On catalogue. It costs a whopping $126.95, but it’s nothing like my old-school model F720. Mine has history. It has character. It has turned nuts and bolts on every motorcycle I’ve owned since 1985, including my first Harley, a shaky 1981 FLHS that needed constant clockwise ratchet work to keep it together. My ratchet has also loosened and tightened fasteners on thousands of customers’ bikes I worked on during my two decades as a professional mechanic. 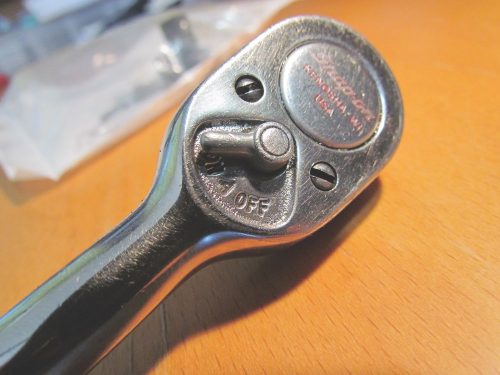 My F720 had 20 gear teeth when new, which gave it a rather wide 18-degree swing arc between clicks. This made it very robust, proven by more than 30 years of service before breaking a tooth last year. Although not devastated, I was distraught that my faithful ratchet had failed. There are four motorcycles that need attention in my household – what was I to do? Well, I knew Snap-On tools came with a lifetime warranty, but that usually entailed handing a broken tool to the mobile Snap-On dealer, who would return from the truck with either a repaired item or a brand-new one, at no cost.

No longer working in a shop means I can no longer enjoy the convenience of tool-doctor house calls. I could have tried to chase down a Snap-On truck on the road, but that would have meant carrying my ailing ratchet with me all the time. My most practical solution was to call Snap-On customer service to see what could be done. After explaining my predicament to the customer service agent, she explained that a repair kit was still available for my aging F720 ratchet, and that she’d gladly send me a few kits, which were also compatible with my 3/8-inch torque wrench, which I had purchased around the same time as my ratchet. Two days later I received four service kits, at no charge, shipping included. Each kit includes an upgraded 30-tooth gear, pawl and spring, pawl lever, and a new metal cover plate (my original one was plastic). The new 30-tooth gear provides a slightly tighter 12-degree swing arc compared with my ratchet’s original 18 degrees. I repaired my ratchet with one kit, upgraded my torque wrench with a 30-tooth gear with another kit, and I have two kits to spare. 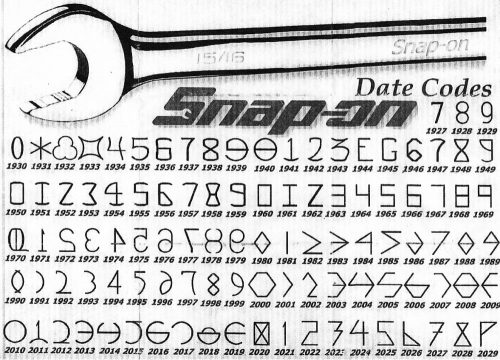 My trusty F720 has several nicks on its handle; they are marks of misuse after being used to hammer on something in the past, but I take better care of it now. It now gets regular service, which includes cleaning and lubricating its internals. It has to last because the latest version has some changes I’m not too keen on, such as being built with an 80-tooth gear, which gives it a very narrow 4.5-degree swing arc and a buzz as it swings rather than belching out a burly click. It’s likely more practical than mine, but it doesn’t have the character. I’ll probably sell off some bikes in the future and buy some more, but one thing is sure: My Snap-On ratchet will be around to service them all.