Since that first motorcycle you ever bought, the urge to modify it was almost second nature. Whether you buy a brand-new bike and have the dealer tack accessories onto it before delivery, or you buy a used bike and order up touring or performance accessories at your local shop, you’re more than likely to perform some kind of change to either differentiate your bike from a stock machine or, hopefully, to improve its comfort or performance. 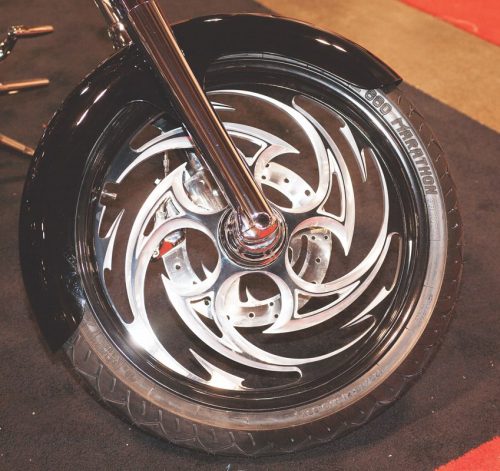 The first thing you should do before making any kind of alteration is to do some research to help you decide whether it’s something you should actually attempt. Although this isn’t necessary if you’re just swapping out a cover or lever for a shinier one, it is especially true when making changes to the engine or chassis. You don’t want to change something that will inadvertently degrade performance or handling.

Older bikes had carburetors (well, some dual-sport bikes like Suzuki’s DRs and the Kawasaki KLR650 still do) that almost begged to be altered. To meet emissions standards, carburetted bikes must run a leaner mixture than what is needed to achieve ideal throttle response or maximum power. Enriching the mixture by changing the jetting, if done properly, improves engine performance, though it increases pollutants and is therefore illegal because of emissions laws. This might also increase fuel consumption, so some online research might reveal if the pros outweigh the cons of rejetting. 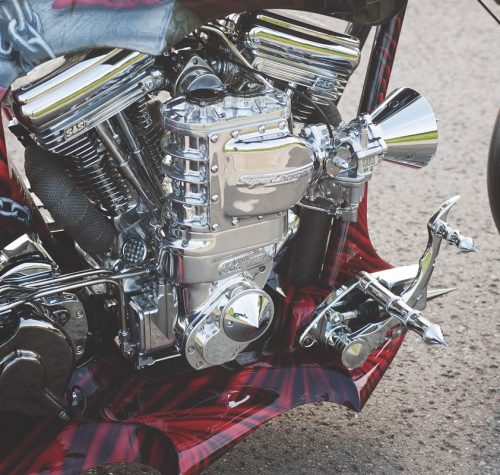 This also applies to fuel-injected bikes, which require reprogramming the ECU or adding auxiliary electronics like a Power Commander to alter the fuel mixture. Unlike rejetting a carburetor, which can be done at home, reprogramming electronics is best done by a professional, which is costlier. And if you don’t like the results, you’ll most likely have to pay again to readjust the settings.

When it comes to suspension, the most common modification is to lower the bike. Some do this for aesthetic reasons; some do it to lower the seat height to easier reach the ground. On bikes with twin shocks, it’s done by swapping out the originals with shorter ones; on single-shock bikes, by changing suspension linkages. However, if the job isn’t done right, it can damage your bike, alter the handling in a negative way or even lead to a crash.

When lowering a bike, you have to make sure that you lower both the front and the rear suspension equally. This maintains the bike’s ride attitude, which in turn maintains the bike’s original steering geometry, or at least something very close to it – just dropping the rear will slow the bike’s steering. At the front, you can either raise the fork tubes into the triple clamps by the same amount that the rear end is lowered or you can install an aftermarket lowering kit, which I discussed in a previous issue (June 2017).

You should check clearances all around; you don’t want to discover that the rear tire makes contact with the fender or that the front fender smashes into the radiator after lowering your bike. And don’t forget that lowering your bike reduces cornering clearance, so lower wisely and ride carefully.

When it comes to custom paint, always keep in mind that beauty is in the eye of the beholder. Although you might be very fond of the airbrushed unicorn applied lovingly onto your fuel tank, which you then protected from the elements by spraying a coat of clear finish on top, when it comes time to trade up to another bike, you might be shocked to discover that others don’t share the same feelings for mythical animals. This also applies to less garish paint jobs. If you repaint a relatively new bike, when it comes time to part with it, buyers will question you as to why it had been repainted. Was it because of crash damage? You’ll have to explain away why you chose a pearlescent paint scheme over the original ruby-red, and then hope the potential buyer likes it, too. 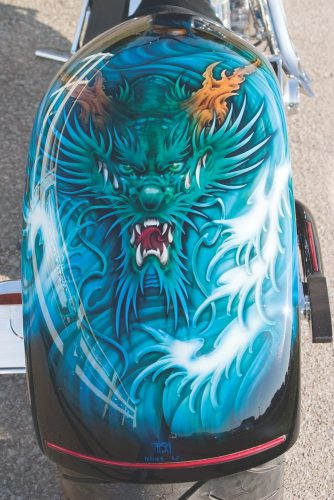 You should note that almost any modification performed on a bike will do little to improve its value, and in fact will actually reduce its market price. I’ve bought many motorcycles over the years, and aside from my Harley street tracker, which I built and has value mostly only to me, they’ve all been almost completely stock. I’m willing to pay more for a high-mileage bike in its original condition than for a bike with low mileage that has engine mods, chassis alterations and fancy paint.

And if you do own such a bike, you should be prepared to take a loss upon its sale. You did, after all, perform the modifications to please only one person: you. That’s the beauty of modifying your bike – sometimes you just have to do it because you want to. Just make sure you do it right.