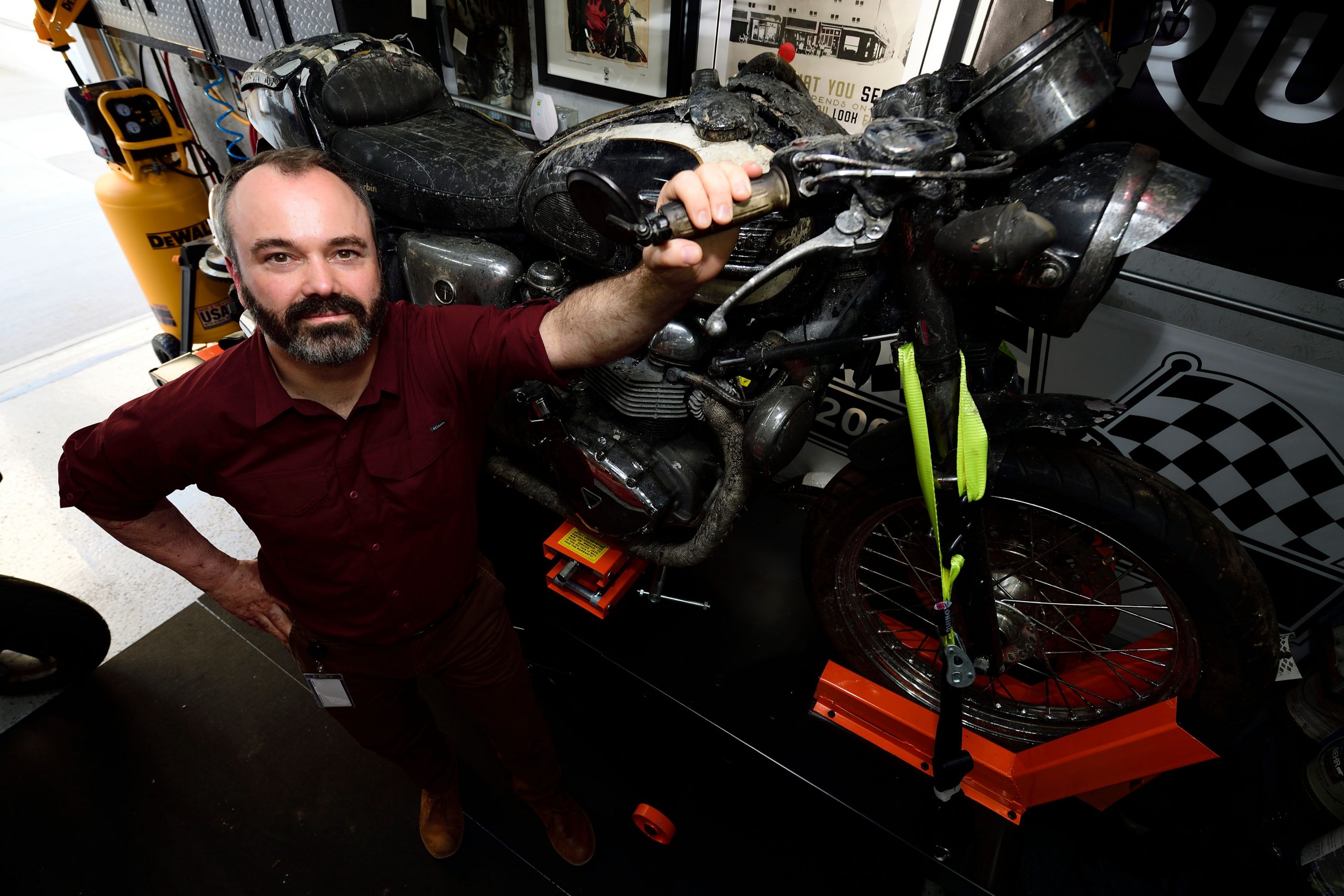 A film that depicts how a life-changing catastrophe was be altered by the generosity of the motorcycling community. German-born filmmaker Jean Pierre Kathoefer’s (JohnnyPuetz Productions) short documentary film, The Distinguished Gentleman, is an inspiring modern tale of how a community can come together in a time of crisis.

The Distinguished Gentleman’s world premiere will be at the Toronto Motorcycle Film Festival on October 4. The film documents the story of beloved men’s health fundraiser Vincent Nicolai’s survival of a disastrous propane accident in his Queens, New York home. Though the accident left him with burns covering over 40% of his body, he not only survived, but persevered. The resulting support of his family, friends and the New York City motorcycle community was a life-changing experience, which speaks to the triumph of the collective human spirit.
Sunday, February 10, 2019 was just another ordinary day in Sunnyside, NY, but for Vincent Nikolai it would be the day that his life would change forever. In a freak propane tank explosion, he felt a huge ball of heat heading toward him before being engulfed in flames in mere moments. Nikolai was rushed to the hospital, with skin hanging off of him, where doctors told him just how life threatening his accident had been. The explosion was so bad that it left the garage door of their family home burned and warped off its hinges, melted from the intensity of the heat. In the aftermath of the tragic event, $77,000 was raised by the NYC motorcycle community to help Nicolai recover, something which astonished him.

Having devoted his time to raising money and being a voice for men’s health awareness with The Distinguished Gentleman’s Ride, Nikolai makes efforts to de-stigmatize health issues critical to men today, and encourages open discussion of these issues. He likely never imagined that one day, the community he worked so hard to help support would turn around and repay his efforts, big time.

The film will premiere at the Toronto Motorcycle Film festival on October 4th, and the festival will be showing unique and inspiring motorcycle films from the 3-6 of October.  The film’s production team, along with Vincent Nikolai, will ride motorcycles up to Canada in a two-day ride to watch the premiere. The film’s title comes from the global fundraising event The Distinguished Gentleman’s Ride which will happen this year on September 28 around the world. To learn more about the Distinguished Gentleman’s ride click here