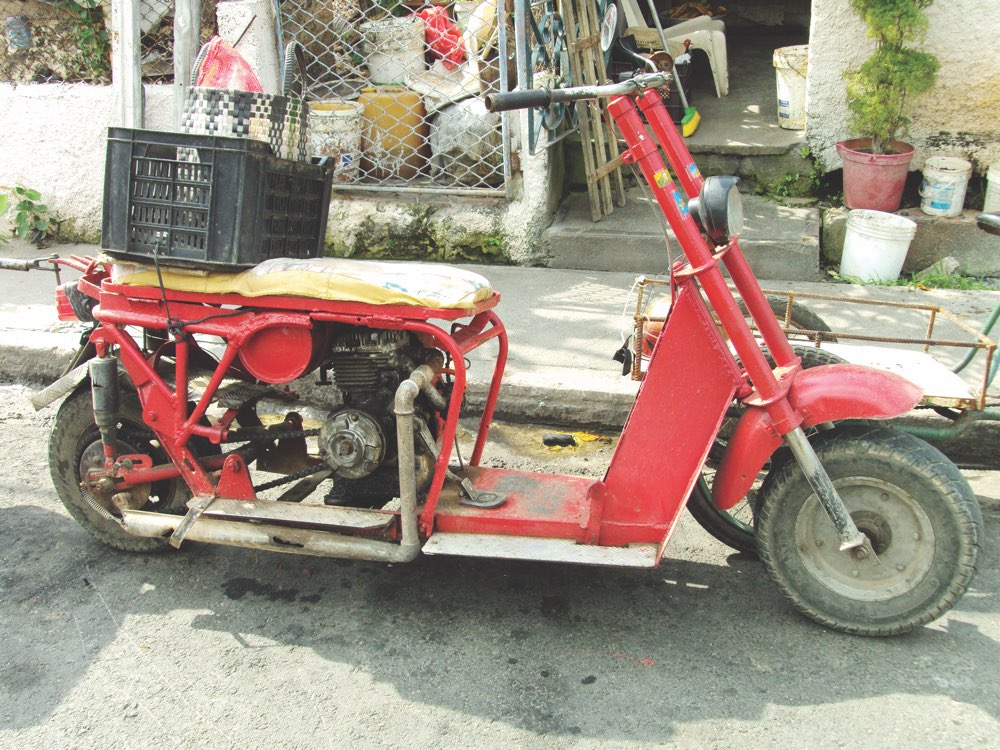 There are a few things on your bike you should check regularly to help eliminate risk to your machine and yourself.

There are inherent risks associated with riding a motorcycle, and pretty much everyone knows this. The majority of those risks are external: other road users, weather, road conditions, animals, etc. However, there are risks that come from within: riding experience, mood, fatigue and the condition of your bike. That last one is probably the easiest one to look at and make safer. By riding a bike that is mechanically sound, you not only reduce the risk of a mishap caused by a mechanical failure, but you can also reduce the external risks by riding a bike that performs as it should – and is more visible to those around you. 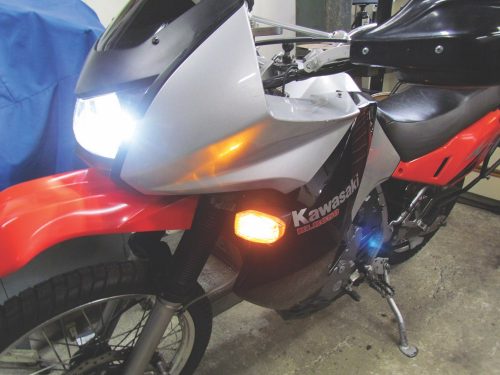 Here are a few things you can do to make your bike safer. Some of these things are obvious; some are easily overlooked; all are important to your safety. Some of them cost nothing and some might be expensive – but causing some damage to your wallet is a much better alternative to possibly damaging your bike or, worse, yourself.

The simplest thing you can do is a pre-ride inspection. Before hopping on your bike, just make sure all of the lights are operating – always. A burned-out headlight makes you less conspicuous in the daytime. And when you do notice that it’s burned out as the sun goes down, that may be too late to do something about it. A burned out brake light or turn signal won’t tell others what your intentions are. However, if you are aware if any of those taillight bulbs are out, you can resort to hand signals – you do remember what they are, right?

Check that the throttle returns freely; a sticky throttle is a recipe for disaster. Check tire pressures at least weekly – low tire pressures increase tire wear, which hurts your wallet. Worse yet, though, they slow steering, which hampers emergency manoeuvres; they increase braking distances; and they can overheat at speed and blow out. None of those situations have desirable outcomes. 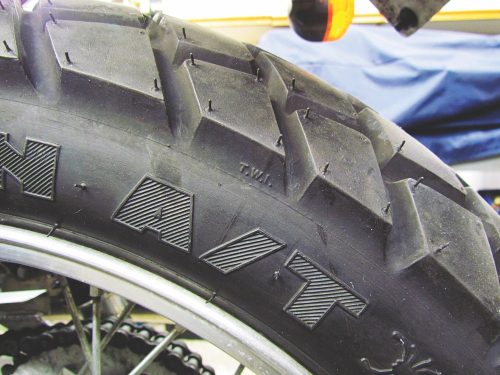 If the tires are approaching their wear indicators (a small arrow or T.W.I. (Tread Wear Indicator) on the sidewall points them out), replace the tires sooner rather than later. Worn treads aren’t an issue so much on dry pavement, but in the rain, worn tires are prone to hydroplane at lower speeds.

The items above are the quickie checks you should make anytime you get on your bike. But you also must know the overall condition of your bike is very good. There are other, more involved things you should also check regularly.

Make sure the brake fluid level is within the recommended level. If it’s too low, have a look at the brake pads, as a low level may be an indication that they are worn out. And when was the last time you changed the brake fluid? Most owner’s manuals recommend replacing it every two years, regardless of the mileage. Yup, two years. Dot 3 and 4 brake fluids absorb moisture, which wreaks havoc on braking components over time. On some bikes, changing the fluid is a relatively simple procedure; on bikes equipped with ABS, you may have to visit your motorcycle dealer. Either way, what you do not want happening is having a brake caliper drag because of a buildup of crud due to infrequent fluid replacement – that can lead to a seized-up wheel, which is not good.

Are the handgrips well secured? Maybe they feel right when it’s dry out, but loosen up when it rains. Believe me, you don’t want a grip slipping off when you tug on the handlebar to try to swerve around a pothole. And don’t do silly things, like remove mirrors for a streamlined appearance or install tiny ones for the same purpose. Also be wary of cheap aftermarket mirrors that are not convex; on a bike, the added field of view provided by the OEM “objects are closer than they appear” mirrors is a necessity. And don’t remove reflectors. Remember the lighting check I touched on earlier? If your taillight is burned out, the only thing that tells vehicles that you are ahead of them is those reflectors. 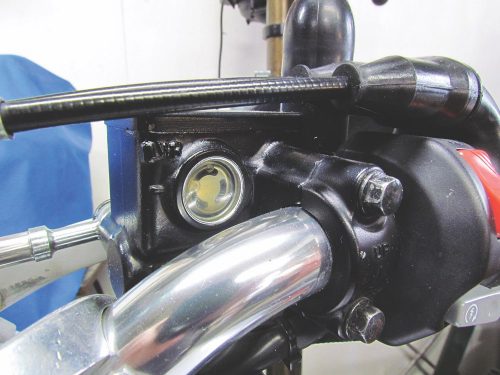 And again touching on lighting; I recently swapped out the original halogen headlight bulbs on my Kawasaki KLR650 with aftermarket LEDs. Fitting the new lights required some modification, so before doing this on your bike, do some research. The benefits of LEDs include better illumination at night – much better, I might add – a lower current draw on the electrical system, and much better visibility in the daytime.

Finally, take a look at yourself. Don’t ride if you’re feeling under the weather; good reflexes are a matter of survival. And even though I’m not keen on wearing bright, fluorescent riding gear, I’m giving it more thought. If your bike is safe and visible, others will notice you on the road and will be less likely to have to utter the words: “I never saw that motorcycle.”