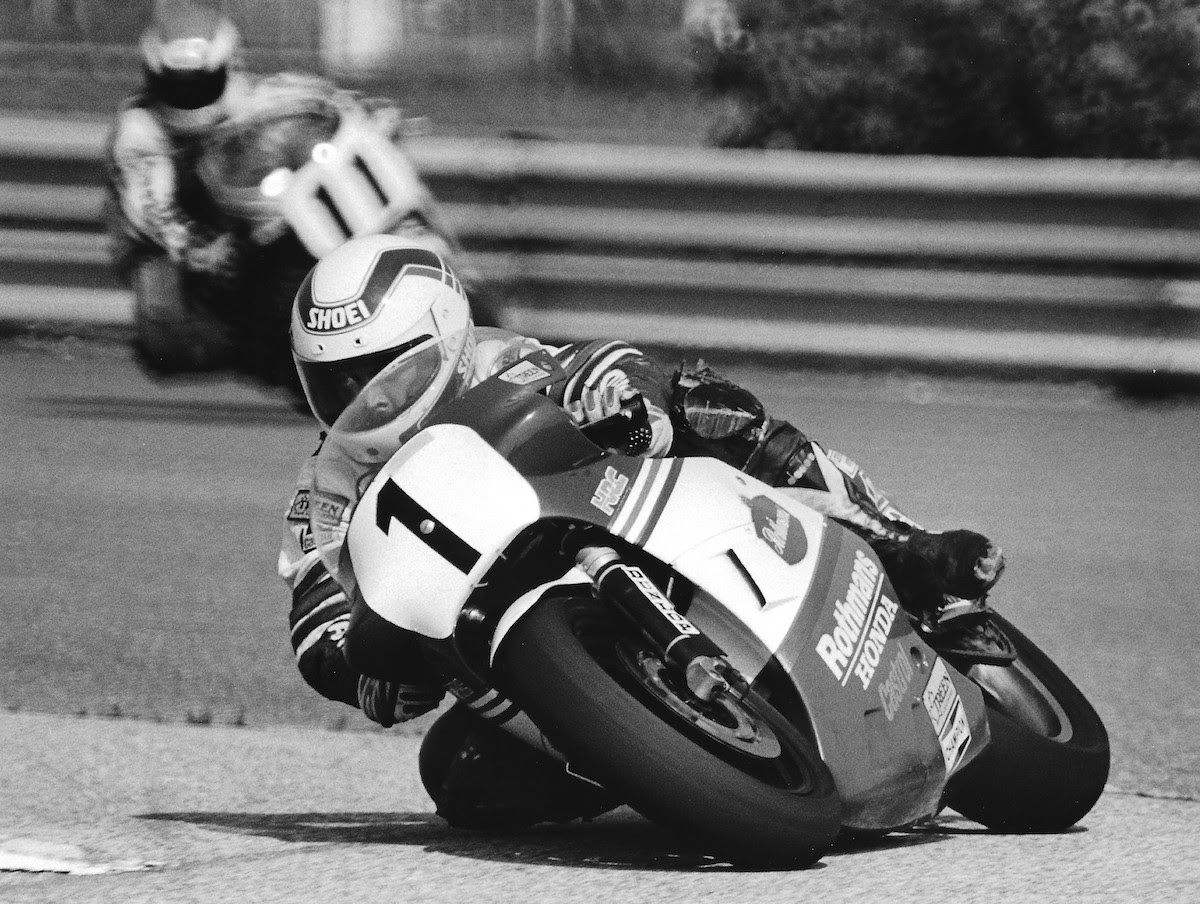 Art Robbins, age 59, died on Thursday afternoon July 23, in a hospital in Scarborough, Ontario. Robbins was a prolific figure in the growing scene of road racing in the 1980’s.

Robbins was a major success, but more than that, he was flamboyant and ultra aggressive, a racer who showed the way to a new style of riding, different from anything seen before.  Fans took an instant liking to the all-out Robbins road race approach., as well his friendly, hard partying lifestyle.  He won the RACE Eastern Canada crown twice, in 1983 and 1985, and was a works-supported Suzuki and Honda racer at home in Canada.

Robbins made occasional appearances in the U.S., but various distractions and legal issues spoiled most trips south, although he was a star during the ultra-hot Loudon AMA National weekend in June 1983.

Before he ever arrived at a road course, Robbins was a legend in the West Hill suburb in eastern downtown Toronto, charging around the neighbourhood on a variety of large-displacement street bikes.

When he finally arrived at Shannonville Motorsport Park in July of 1981, he lived up to his considerable hype, right out of the mandatory Racing School.  Aboard a Suzuki GS1100 stock street bike, Robbins almost won the Amateur Superbike race, but then wrecked the Suzuki on the way home when it fell from his trailer.Robbins then purchased a Suzuki GS1000 Superbike and won the next race; within a few weeks he’d be running with the top pros and making history.

In 1982 Robbins started his first full season as a Pro, riding for the big Leitner and Bush Engineering squad on a much-improved GS.  Robbins ran at the front, won, but wasn’t consistent enough to challenge for the title – the next year he earned the number one.

In the fall of 1983, Robbins was working through a selection of legal issues connected to his lifestyle and hobbies.  On day release from serving time helping at a cemetery, he arrived late at Mosport and then fired his Suzuki into the turn one guardrail, destroying the famous GS.

Robbins was a successful racer who was widely viewed as the most impressive prospect in Canadian history. Sadly, he flamed out spectacularly more than thirty years ago.  But anyone who got a chance to watch “Art the dart” race during the 1980s is likely to have remained a fan to this day.