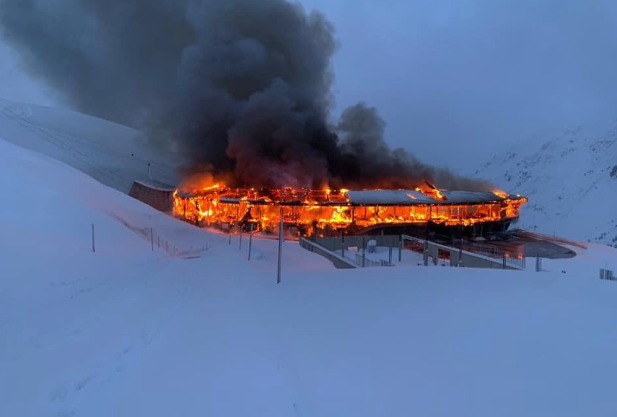 The Top Mountain Motorcycle Crosspoint Museum caught fire on through the early morning on January 18, fire fighters were unable to contain the flames; destroying the building and most of the rare vehicles inside. The museum is located on the Timmelsjoch, the mountain pass connecting Austria to Italy.

It is not yet known what the full extent of the damage inside the museum is as people are still working to subdue the flames before any investigations starts. It is known that there were two people in the building when the fire started and that one did try to extinguish the fire before it took control and the employees had to evacuate the building.