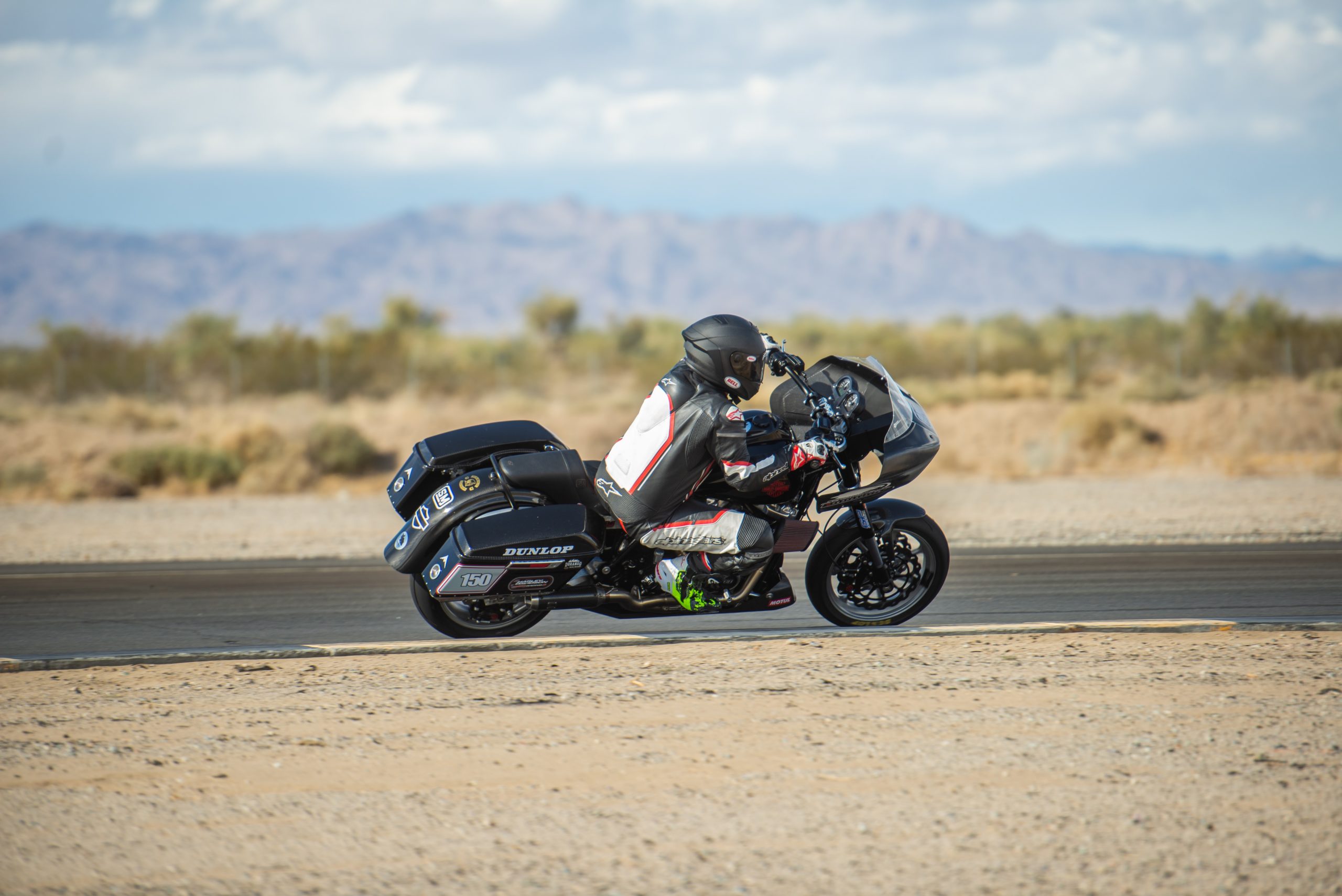 Viewers can tune in to watch The Battle of the Baggers by the Bagger Racing League on June 27, through FITE.

For the first time ever, race fans can tune in and watch the Bagger Racing League races live through Pay-per-view. The event will feature five unique races, featuring over 50 riders from around the world. The Battle of the Baggers will offer a unique competition, not only between racers; but between Harley-Davidson and Indian motorcycles.

“I am ready to see the score settled between Harley and Indian!” announced BRL founder, Rob Buydos.

This first round will be held from June 25-27, in Utah. Each round will be a 3-day event, featuring the world’s largest V-Twin vendor village at a road racetrack, stunt shows, camping, the Arlen Ness Custom Bike Show and much more.

“FITE fans have really embraced the motorsports we’ve offered,” said FITE COO, Michael Weber. “Battle of the Baggers is another exciting inaugural event for us that we feel will appeal to existing and new fans with some of the top riders in the field competing.”

Drag Specialties Battle of the Baggers Bagger Racing League™ will feature 5 classes of racing, making this accessible to all riders that have put in track time, not just pro-racers:

Class 4 Stunt GP presented by Lucas Oil: Invitational. Invited entrants compete in a judged stunt competition Friday night, then take their bike to the track for qualifying on Saturday and the main event on Sunday.

Class 5 BRL’s premier Bagger GP presented by Custom Dynamics: Harley-Davidson and Indian touring bikes duke it out in a fight for dominance.

In addition to the excitement around the Harley-Davidson – Indian Motorcycle rivalry, featuring Tyler O’Hara on an Indian and Ben Bostrom on a Harley-Davidson in the Premier Bagger GP Class, Bagger Racing League history will be made with the first female racer in a Bagger GP, featuring Patricia Hernandez riding for Saddlemen racing.

If you’d like to watch the event on June 27, you can do so by clicking the link here. The Pay-per-View event costs $14.99 USD and will stream live from 3 pm EDT onwards.