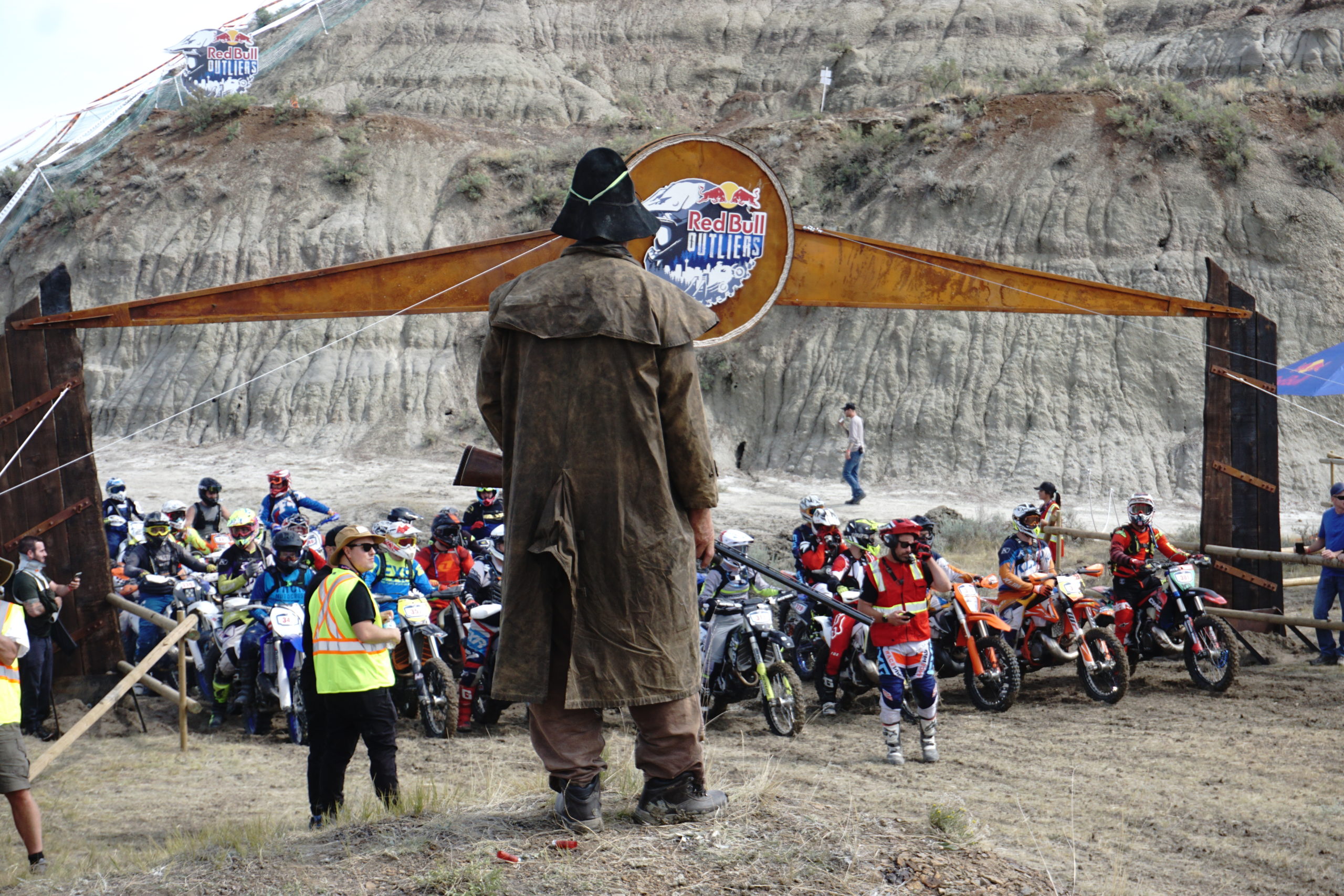 Shane Cuthbertson, a veteran pro racer who’s ridden in such events as Romaniacs, Erzberg Rodeo and the FIM ISDE created the Red Bull Outliers to showcase the tough and technical terrain offered in the Badlands of Alberta.

The Outliers race started in 2019, but as an Endurocross format held in the city of Calgary. Before this, Cuthbertson co-created an extreme enduro called Xtinction which attracted pro riders from around the world. The Red Bull Xtinction was held in Patricia, Alberta and first solidified Canada as a top contender for Extreme Enduro Events.

After the 2021 Outliers race, held in August, FIM announced the inclusion of the Outliers Race for the 2022 Hard Enduro World Championship season. Keep an eye on Motorcycle Mojo for an upcoming article on first-hand experience competing in the Red Bull Outliers race by Emily Roberts. As Canadian’s we are so proud to be able to host a FIM Hard Enduro World Championship race; we cannot wait to see what this extreme race has in store for riders next year.