Ever wonder which small capacity classic is best for a tour? Five friends set to find out, while proving you don’t need the latest technology or horsepower to have a great ride.

The meeting place in Wales is Pembrokeshire Classics, an innocuous-looking barn that you could drive past every day and never realize that it hides a treasure trove. On any given day, it’s packed wheel-to-wheel with bikes, ranging from ones made in 1920 right up to modern classic machinery. It’s like a museum, but everything is for sale. 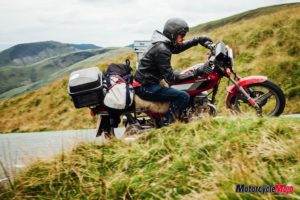 Alistair is already here, as it’s actually his place of work — he’s a mechanic with a depth of knowledge of classic British machinery unusual for someone in their twenties. Unsurprisingly, Al’s machine for the trip is something distinctly British: a 1962 Matchless G80. The thumping British single kicks out an impressive 28 hp from its 497 cc OHV unit. Matchless built a reputation on robust, reliable machines, and the G80 looks ready for action, with quality British steel still shining and only a trace amount of oil tarnishing the floor below it.

Next to arrive is Max. He inherited both an R80ST and a MZ ETZ 251 from his late father. The R80ST is a real gem, a smooth-running, comfortable bike capable of munching big miles and a testament to Max’s dad’s ability to look after and maintain such a machine. However, the rules of the tour had already been agreed upon — singles only and no starter motors — and the BMW fails on both accounts. So instead, Max arrives on the MZ, which suffered a less dignified life: thrashed daily to work in all types of weather, then left abandoned in a garden for years under a tarpaulin. When it was finally recovered, it was covered in a layer of green moss, becoming one with the plants around it. 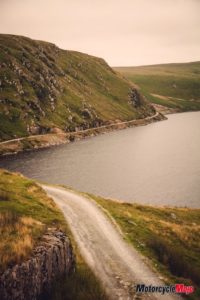 Amazingly, after some fresh fuel and a couple of stiff kicks, it burst back to life in a cloud of two stroke smoke. Since then, it’s been treated to a negligible amount of cleaning, minor electrical work and some fresh fuel, as well as being thrown down the road in the snow. Today it bears the scars of its past life; rust, faded paint, furred aluminium, peeling chrome and a missing Z from the logo completes the humiliation.
But MZ was not meant to compete with more prestigious motorcycles. It was cheap, utilitarian, and reliable transport for the Eastern Bloc, and to see it still running after all that abuse showed that MZ achieved what it set out to do.

I’ve brought my 2000 Enfield Bullet 500, an Indian import. Since it’s the newest bike of the lot, you’d be forgiven for expecting this to be the most modern bike, but that’s not the case. In 1955, Madras Motors partnered with Redditch-based Enfield and began building the…