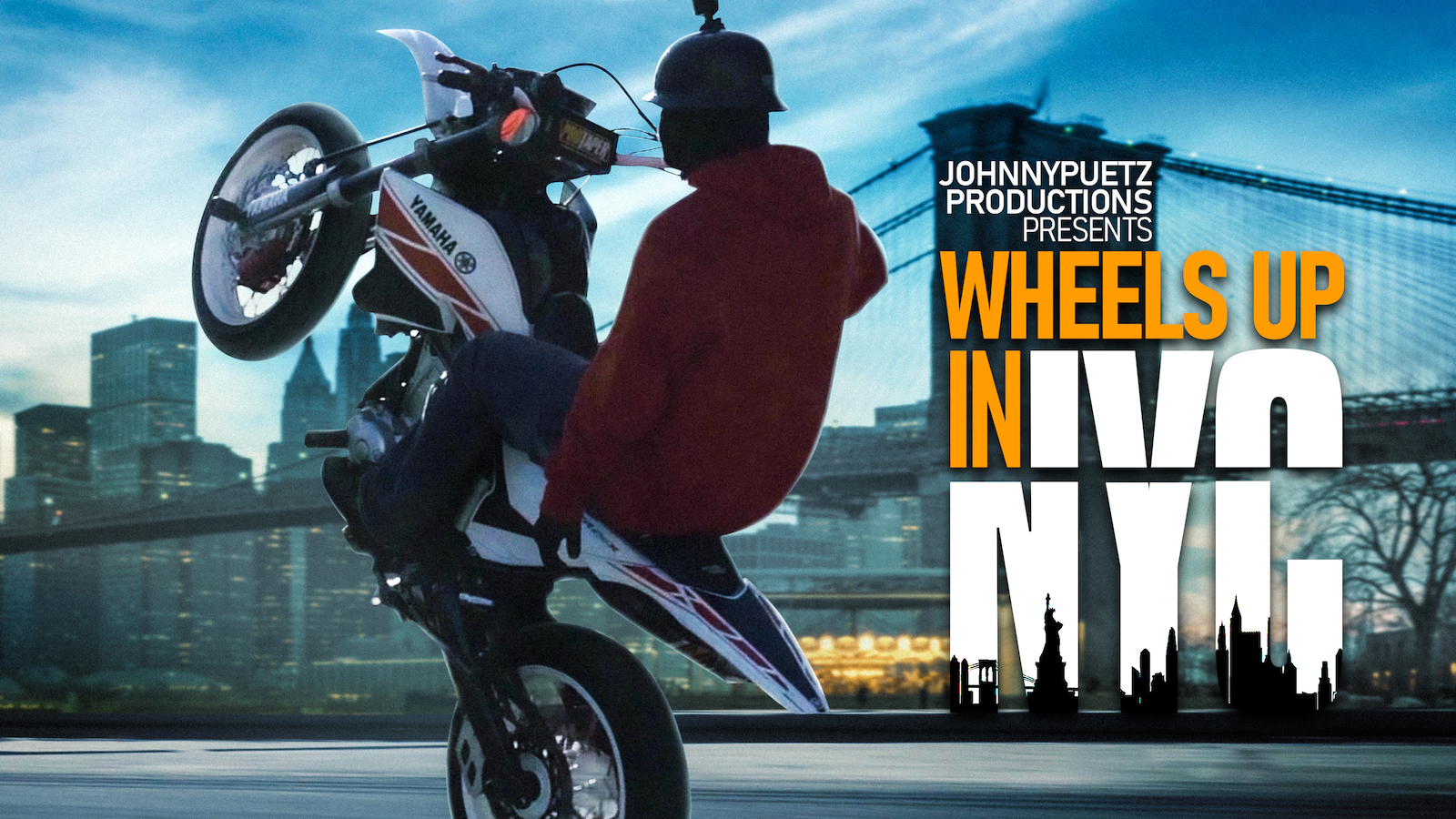 Every once in awhile you may come across a video or news story showing erratic stunt riding performed in city streets by streetbikes, dirtbikes and ATV’s; ever wonder who those people are?

That was the question of Brooklyn-based, Johnnypuetz Productions asked, and the theme of its latest video, Wheel Up in New York City. These riders, also known as the “12 O’Clock Boys,” are notorious for performing risky and impressive stunts on motorized bikes through the streets of NYC; they’re a faction of the larger “Bike Life” movement, a community of riders who live by the camaraderie and adrenaline of stunt riding. The group of riders has grown throughout the years and caused many citizens to lodge complaints and tested the patience of law enforcement throughout the city.

Jean Pierre Kathoefer, founder of Johnnypuetz Productions has always been fascinated by the lawless one-wheeled renegades, in this short documentary they interview members of the New York based stunt-riding community to gain insight into why they pursue this form of riding.

The short documentary gives insight into the movement and showcasing the sense of community and camaraderie within the rebellious movement that many have looked down upon since its inception.

Wheels Up in New York will be streaming exclusively on Youtube, and will be released on December 1, 2021. This worthwhile short documentary is a film you won’t want to miss. On December 1, and there after you can find the full documentary on Youtube at the Johnnypuetz channel.

You can learn more about JohnnyPuetz Productions here