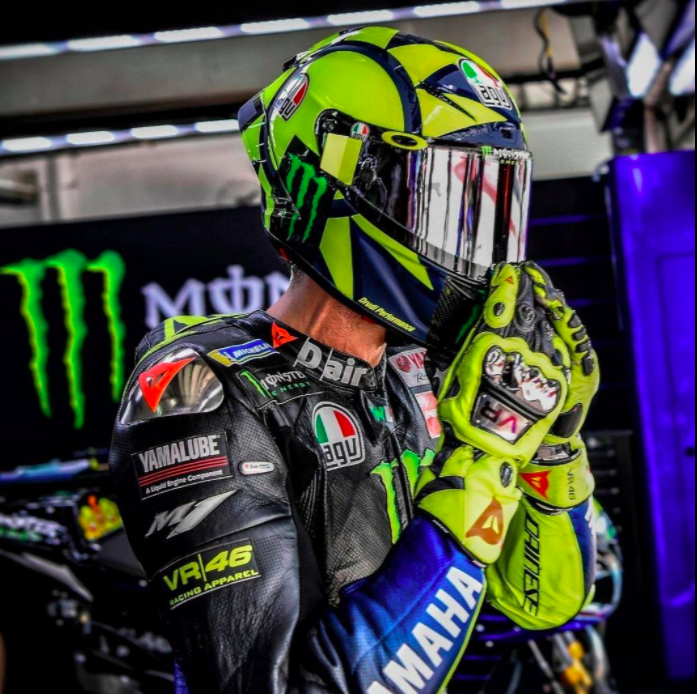 After 26 years of watching Valentino Rossi conquer the MotoGP, he has officially hung his helmet on his race career.

Rossi, commonly referred to as The Doctor, has become a household name for many, and for younger generations that grew up with him in the forefront of racing he’s been an incredible inspiration. Throughout the years he’s has 432 Grand Prix starts, 115 wins and 235 podiums.

Rossi steps away from his long-standing racing career with nine world championships, although he wishes he had a tenth, he’s happy with his career nonetheless. Rossi’s final race was on Sunday November 14, at the Ricardo Torno circuit in Valencia, Spain.

Although it’s said that friends and family encouraged him to continue racing, the 42 year old was ready and happy to make the decision to step down. It’s impossible to think what MotoGP would’ve been like without Rossi, especially considering he was a part of MotoGP since its inception in 2002.

We are sad to know that Rossi will not be in the spotlight of MotoGP anymore but are happy to have watched his success throughout the years and hope for many great things for him in the future. The Number 46 will forever be associated with the legendary name of Valentino Rossi.