Home / Issues / March 2022 / Improve Your Riding Over the Winter

How mental imagery can save your life.

By the end of my first ski season, I was a novice skier at best. But that is not how I envisioned myself. I wanted to ski like James Bond in On Her Majesty’s Secret Service. This was my mission, and I chose to accept it.

During that first summer, I read every book I could find on skiing. I memorized the diagrams. I mentally rehearsed the motions and physically practiced them in front of a mirror. I did this so many times that neither my mind nor my body knew any other way to ski. So when I started skiing the following winter, I could parallel ski like James Bond right from the get-go.

I had never heard of William James (1842–1910), a noted American psychologist who said, as early as 1890, that “people can learn to skate in the summer and swim in the winter,” referring to the concept of learning through mental imagery (MI), a subject about which I knew nothing. Yet, even so, I had used MI to learn how to ski over the summer.

Can We Practice Overcoming Fear and Panic? 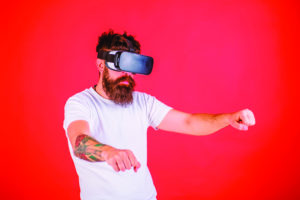 I believe, by using MI (also referred to as visualization or mental rehearsal), you can get over your fears. Okay, I can picture some of you already rolling your eyes. But, how else can we practice overcoming the overwhelming fear and panic that might result from finding a logging truck well over the centre line of a tight corner? Or when a car pulls out directly in front of us? Or when we ride too fast into a decreasing-radius turn?

You can practice looking deep into the gap where you want to put your bike and countersteering to put it there. What you can’t practice is how to keep yourself from panicking when you’re facing a life-threatening situation. You also can’t practice how to avoid taking the wrong action, like chopping the throttle or grabbing a handful of brakes, when you instinctively want to.

Keith Code, in his book Twist of the Wrist – Volume II, calls these wrong actions survival reactions (SRs). And, because they are driven by fear and reaction rather than knowledge and conscious action, they invariably make things worse. Think about this: When you’re facing a life-or-death situation, in the absence of a learned and practiced response, your brain may automatically take an action that will make things worse…