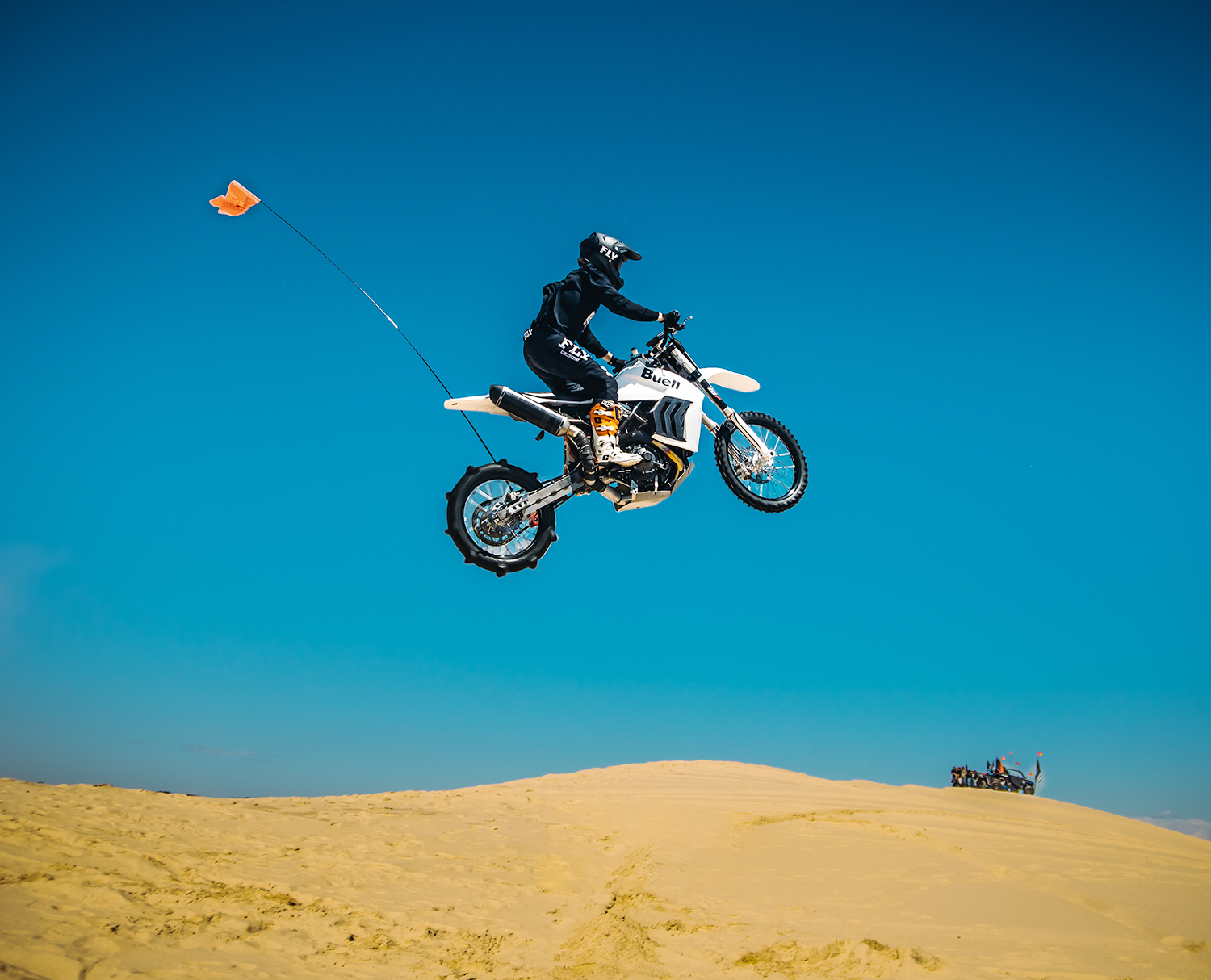 Big news coming from Buell Motorcycle, as it has recently announced the testing for the new Baja 1190 Dirtbike.

The model was first shown at Daytona Bike Week in March of 2022 when Buell’s Baja concept gained high praise from media and enthusiasts. Throughout the summer Buell began running the bike through rigorous testing in preparation for production in 2023.

Based on specs, the Baja 1190 will be the fastest production dirtbike on the market, boasting 185 hp, and 102 ft-lbs. of torque in its liquid-cooled 72-degree V-twin engine.
It features a trellis frame, and adjustable swingarm allowing for a 64-70” wheelbase and is on track to become the top-speed and performance dirtbike in the world. Did we mention it is built completely in the United States of America.

“We’re engineering the world’s fastest, solely US-built, off-road bike. Less than 1% of the world is covered in pavement. Buell’s Baja 1190 is designed to dominate the other 99.7%. This bike elevates the Buell brand to even greater heights and brings back the passion for American performance motorcycles,” said Bill Melvin, CEO of Buell Motorcycles. “Buell engineers have created a beast of a motorcycle. The fastest, most agile 1200 cc class dirt bike ever made. Enthusiasts will be blown away,” Melvin added.

As a descendant of the Buell Ulysses dual sport model, the Baja 1190 is Buell’s next step in its perceived evolution of the dirtbike and adventure segment. The machine is estimated to be priced at US$19,995; currently there is no date on which we can expect to see this model coming to dealerships.