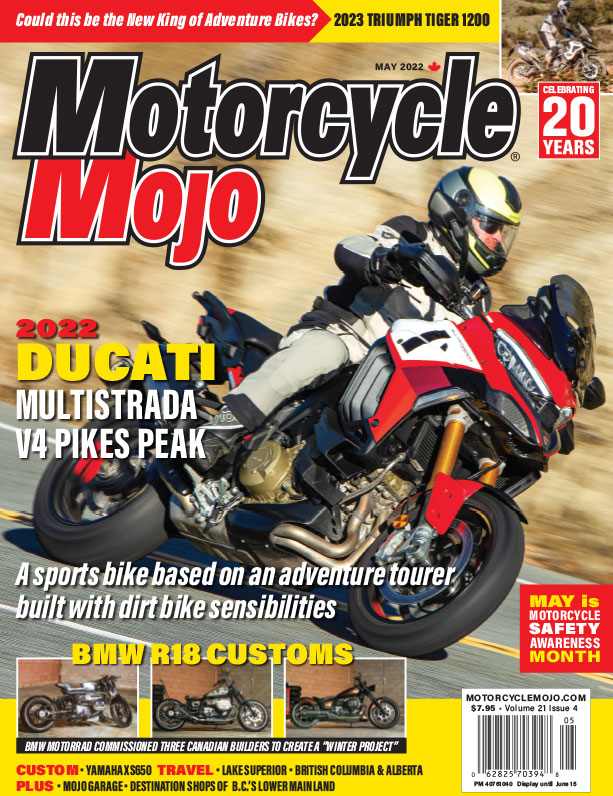 Triumph has recently released the all-new 2023 Tiger 1200 and, according to its engineers, it’s ready to pounce on the competition – namely, the BMW R1250GS. Also, Ducati has released the Multistrada V4 Pikes Peak, an important model for the bike-maker. Read about both of those bikes in this issue. We also have two travel stories: a multi-day ride before winter set in B.C. and Alberta, and a ride along the north shore of Lake Superior. Plus, two custom features: one, a short-chop XS650; the other commissioned by BMW Motorrad for three Canadian builders to build three R18s in their own style. All this and more in the May issue of Motorcycle Mojo magazine.