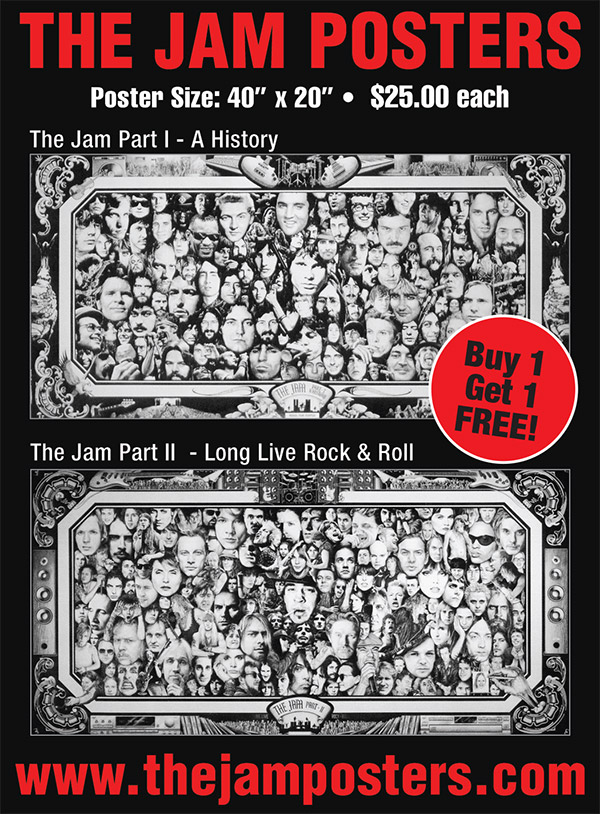 “The Jam” is a series of Rock music tribute prints. These major artworks are rendered in a Pen & Ink stipple technique and depict the musical influences that shaped the evolution of Rock music.
The Jam Part I – A History” is the first in the series and chronicles Rock music from its first awakenings in the 1940’s to its pivotal decades of the 1960’s and 1970’s.
The Jam Part II – Long Live Rock & Roll” picks up where the first left off, and continues to document Rock music from the 1980’s to the present. Each illustration took over five years to complete!