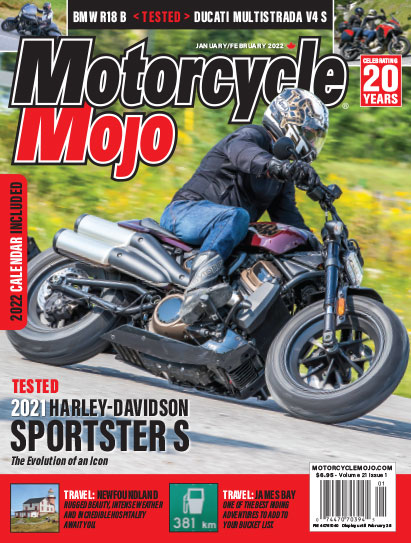 Our January/February 2022 issue celebrates our 20th anniversary with reviews of the BMW R18 B and the Transcontinental, Ducati’s Multistrada V4 S, and Harley-Davidson’s Sportster S. Travel features include riding on Newfoundland where a harsh climate, beautiful scenery and the most hospitable people anywhere go hand in hand. Also a trip to James Bay in Eastern Canada’s far north completes a highly recommended bucket list ride. All this and so much more in the December issue of Motorcycle Mojo.