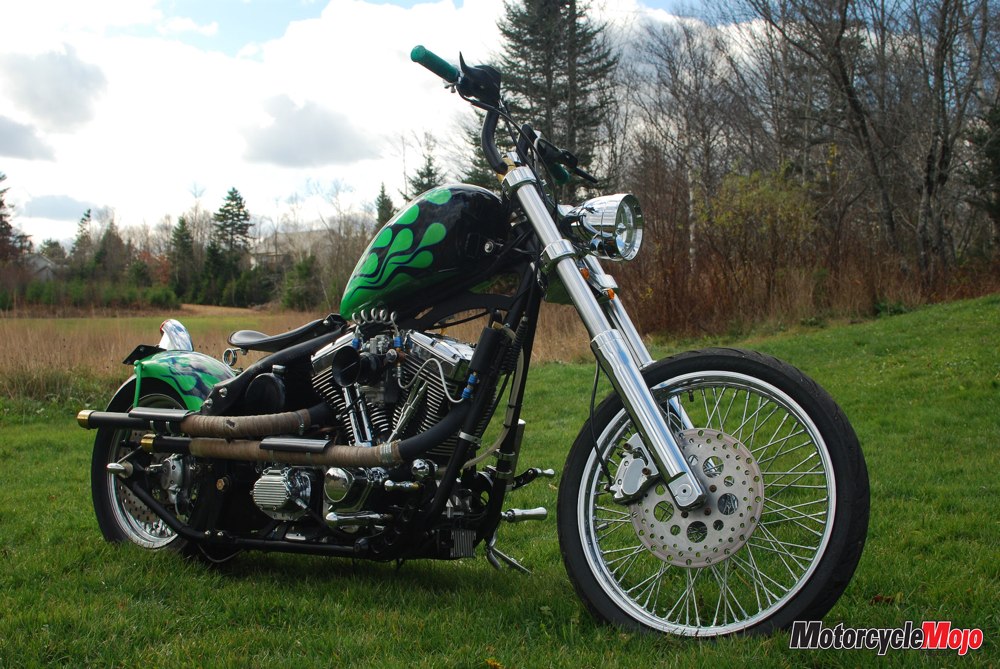 When Sean MacLennan asked his parents for a trailbike after taking his first spin on a friend’s Yamaha DT80, his parents knew enough about his character to say no. Sean, like most rambunctious young boys, was daring – he would take quite enough chances with his safety even before gasoline, a throttle and two wheels were added to the mix. If there was a jump to jump, he was all over it. Adding a few hundred pounds of metal to the mix wouldn’t have been in Sean’s best interests. In fact, his father owned a motorcycle when Sean was a kid, but he sold it when Sean began taking notice of it.

Instead, Sean grew up near Nova Scotia’s eastern coast, surfing and skateboarding, and his two-wheel time was spent on a BMX bicycle. He never had a motorcycle of his own until later in life, and he’s is the first to admit that this was probably a good thing.

You’d expect it to be hard to make the case for a motorcycle when you’re married with a young child, but his wife knew how badly he wanted a bike and surprised him with a Honda 750 Shadow on his twenty-ninth birthday. 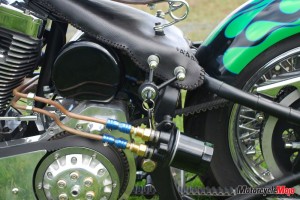 Building motorcycles is a relatively new passion for Sean. He began wanting to personalize his Shadow in the usual ways; first, an aftermarket exhaust and rejetting the carbs, then a free-flow air cleaner and a new handlebar. It just continued from there, and he was completely hooked. Friends began to ask him to modify their bikes, and all of the cash he made went into a shop fund to buy more equipment – a lathe, then a welder, a mill, and so on. He now has a fully functional fabrication shop.

“Motorcycles and fabricating can engulf you, its like crack to me,” Sean said excitedly. “It turns into a thirst for knowledge, learning about different metals and how you can fuse them together and shape them. And learning different techniques to weld or machine.”

He gets just as excited when he sees a part made by someone else, or the engineering that goes into any motorcycle. Sean appreciates all styles and makes of bikes, but he prefers old-school bobbers. He’s a true gearhead. Sean’s attitude and excitement for all things mechanical shine through to potential customers. 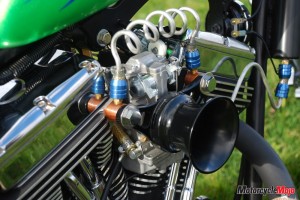 Drew Carter saw a couple of Sean’s builds around town, and word of mouth brought the two together. When Carter approached Sean to build a bobber, he had some initial ideas of what he was looking for in a custom, but otherwise he gave Sean free rein over the build. Sean will sometimes drastically change the frame, but this 2-up, 2-out Ultima frame was almost perfect for this build, only needing a few tabs cut off or welded on to mount the fuel tank and other ancillary necessities. Many other items were made in-house, including the handlebar and risers, fender struts, exhaust and the coiled tubing used for the engine breather system.

Sean’s fully outfitted shop allows him to take on any challenge. It fulfills his desire to design and make many of the pieces he requires during a build, and he now feels as if he’s cheating if he buys a piece from a catalogue.

Most custom bike projects are works in progress, and this one is no different. Over the winter months, it had a springer front end installed instead of the 2-over hydraulic fork seen in these photos. I saw this bike recently in Halifax, and it’s a bike that should be seen in person. Many people will notice it once riding season arrives, as Drew can’t wait to get it back out on the road on Canada’s east coast.