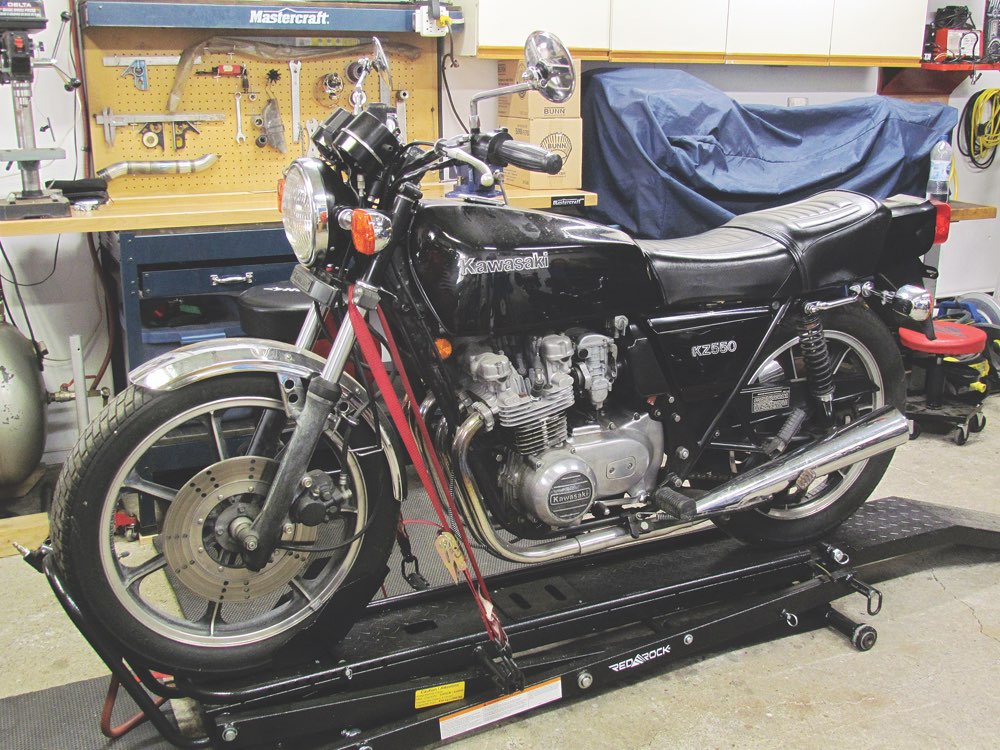 Resurrecting a vintage bike is not for the faint of heart.

Last year I acquired a 1980 Kawasaki KZ550A. It belonged to a friend who has a rather large collection of motorcycles. Although we’d initially agreed on a monetary amount, we ended up agreeing to settle the debt through work to be done on his bikes. 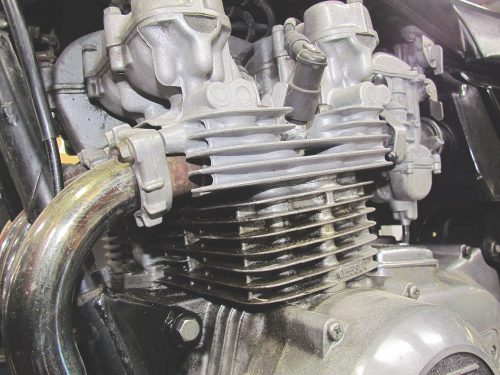 The KZ550 is almost completely original, except for the handlebar and tires. Its odometer reads just over 23,500 kilometres, and I have no reason to believe the mileage isn’t genuine. Although the bike could use a good cleaning, it’s in otherwise excellent condition. Despite its stellar shape, years have a way of aging a machine, and it’s going to need a good going over before becoming roadworthy. Normally I save such projects for the winter, but I thought I’d get a head start by at least listing all the items that’ll need attention. And the list is long.

The bike hasn’t run in at least five years, and the original owner never took precautions to store it properly, so I won’t even attempt to start it until I get some work done. Of course, I can shortcut the work and probably get it running in a few days, but I wouldn’t really get the satisfaction of a job well done.

The biggest item on my list is a top-end job, which means lifting the cylinder and head. Normally, I wouldn’t have to do this due to the bike’s low mileage, but the head gasket is seeping oil. Once the cylinder head is off the bike, I’ll determine if it can use new piston rings and a fresh cylinder honing, though it probably won’t need this, again, due to the low mileage – at least I’m crossing my fingers that this will be the case. It will get new valve seals, since at 39 years old, the originals have probably hardened. I’ve already gathered an aftermarket gasket kit, made by Athena, for $160. I’ll also check the valve clearance upon reassembly, and of course the engine will get new oil and a filter. 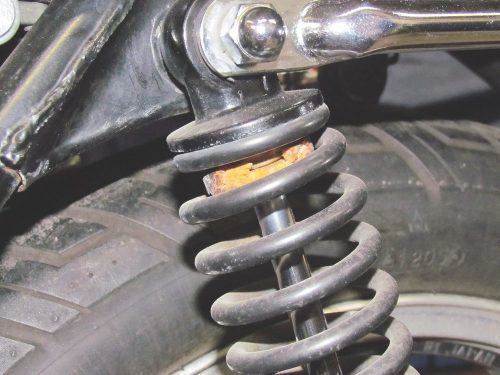 Since the carburetors will be coming off, they’ll get a complete overhaul. Because of the bike’s improper storage so many years ago, I’m almost frightened to look inside, but I’ll gather the courage and dig in, in due time. I’m just hoping that corrosion hasn’t made them unusable, since these mechanical-slide carburetors are hard to come by.
The front brake will also get a complete overhaul, despite seemingly working well. Brake fluid accumulates moisture with time, which causes components to corrode. Crud also builds up beneath the piston seal, which reduces the piston’s capacity to retract when the brake is released, thus creating drag. Refreshing the front brake will be a purely preventive measure, though new brake pads made of modern material will replace the current originals. The rear brake is a mechanical drum, which will get appropriate service and lubrication.

The suspension will get refreshed. The forks will be taken apart, cleaned and reassembled with new seals and fresh fork oil. Again, this is a preventive measure, since the seals are not leaking. Not yet, anyway. They probably will by the time they hit 40. The shocks are not rebuildable, but they are not leaking. They can be disassembled, though, and since the rubber stops have completely degraded, I’m going to have to find suitable replacements; otherwise, the shocks will bottom on metal, which will destroy them.

I have sourced a handlebar that is close to the original in shape, since a wider, flatter handlebar had been installed at one point. The new handlebar and a set of OEM grips set me back $65. 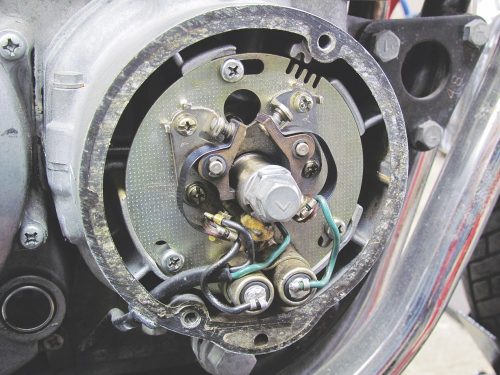 About the only modification I intend on performing is to swap out the original ignition points with a more reliable and maintenance-free electronic ignition. Dynatek makes a direct replacement for the points, though it also requires a new set of compatible ignition coils. I haven’t yet pulled the trigger on these items, since together they cost about $440, which represents about a third of what I paid for the bike. I may start the bike with its points intact, and make the swap at a later date. Curiously, the KZ550LTD of the same year came with an electronic ignition system, so I might try to find a used one. A new battery is also in order.

Finally, I will put on some fresh rubber, though sourcing something that’s period correct might prove a bit challenging. The front tire is readily available from several tire makers, but no one makes a direct replacement for the 3.75H-18 rear, so I’ll have to settle on a 120/80-18. They’ll likely be Bridgestone BT-45s, since they’re affordable and they have a tread pattern that looks somewhat appropriate.

Although my KZ550 won’t be ready to ride this summer, it will provide countless hours of pleasure next winter, because working on bikes is next best to riding them.